Ah, I love this place. It was number 217 back when I was doing my 1000 bars in a year thing. I never fail to go back every time I am in Puerto Vallarta, more than once if I can.

Bar Man And Paul About To Be Swallowed 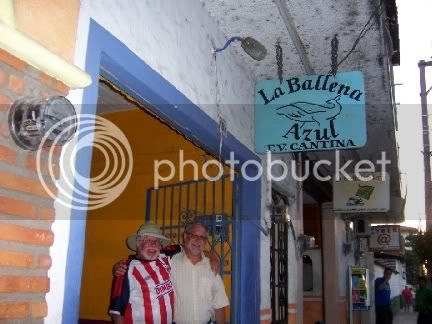 We had the whole crowd with us, or at least our bitter, er, better halves and we quickly settled in for shots of tequila and beers.

Making Ourselves At Home 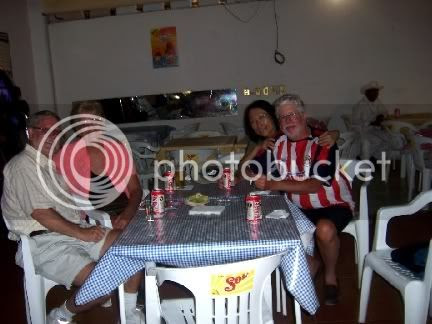 I was happy to see that you could still buy cigarettes one at a time for the machine on the wall. I think it cost 10 or maybe 20 pesos per cigarette. 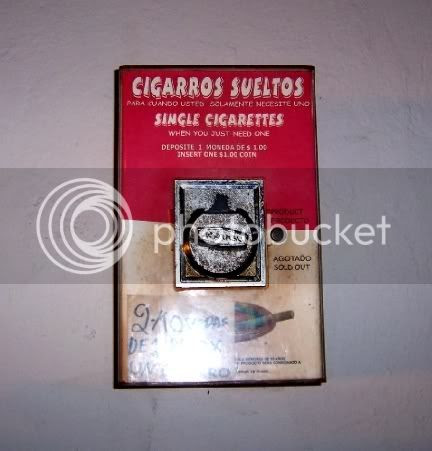 Normally I don't smoke, but I do like an occasional cigarette and I always feel compelled to have one when I come in here. I didn't have a match but the bartender was more than happy to give me a light.

A Most Attentive Bartender 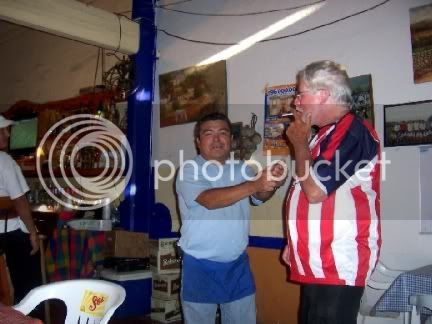 I am not sure if the bartender told me his name, but if he did I have forgotten it. I really should start taking notes again. 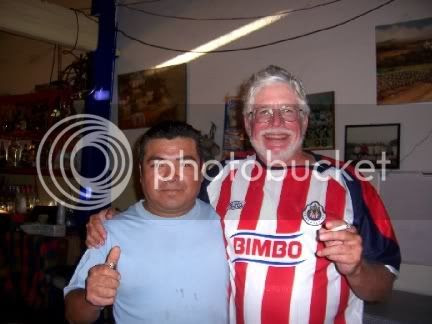 We got here fairly early in the day so the place wasn't very crowded, just a few guys having drinks at the bar. 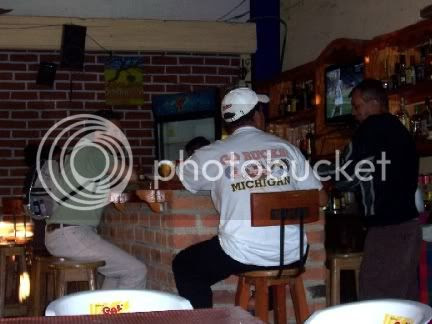 Of course I couldn't help but notice the Michigan tee-shirt on the one guy. I, fortified by my tequila, had to go over and explain that I was from Minnesota and we were rivals of Michigan but now I was a Chivas supporter.

Buddies At The Bar 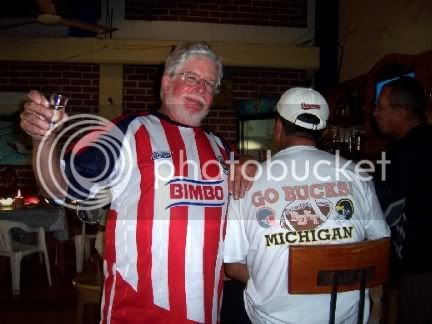 Immediately after affectionately placing my hand on his shoulder the brawl broke out and we had to fight our way out the swinging doors. I was glad for two things. First, the wooden chairs that they used to have had been replaced by plastic chairs so they didn't hurt as much. Second, I was here with Paul and Sharon instead of with Rico And Sandy. Sandy could have held her own but Sharon was much better in a brawl than Rico would have been. The Mysterious Chinese Woman is very effective when it comes to in-close fighting.
Posted by Bar Man at 1:43 PM

We love this bar!!!..We been going to this bar for about 10 years or so!!..Another good one is just down the street..Blue and white building..Alberto and his brother Johnny run the place!!..If you like this bar...You will be sure to love that one!!!