It was a fairly warm and sunny day yesterday, perfect for WFAN's Craig Carlton to make good on his bet with Boomer Esiason. And, of course, plenty of people showed up to watch him. 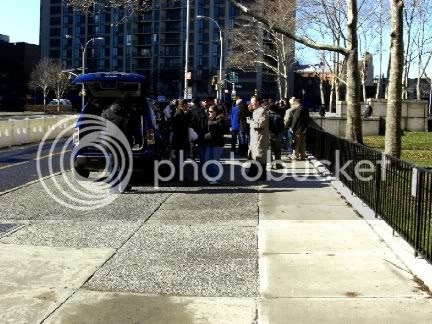 This must have been considered to be a big event because there was plenty of media coverage. I believe this was New York's Channel 2 doing this interview.

Tell Me A Little Bit About Yourself 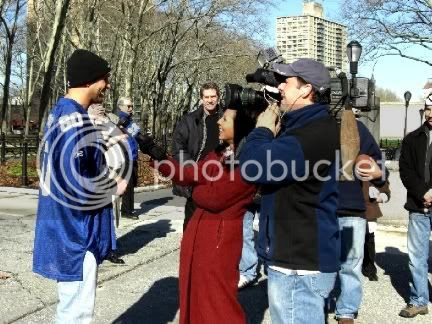 Craig's co-host Boomer showed up to poke a little fun at his partner, and he was a big hit. I had to laugh when someone in the crowd commented on the fact that he was big. I mean, duh, he was a professional football player. If you are small you have to play in the NBA, like Charlie Ward, formerly of the Knicks. Oooh, but don't get me started on the Knicks. 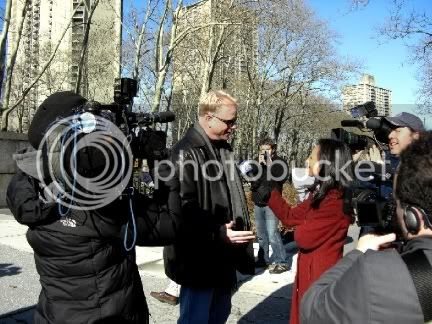 The crowd was growing impatient so Craig retreated into his changing room to remove his pants. Such modesty. Some in the crowd also suggested that he was also stuffing his Speedo. 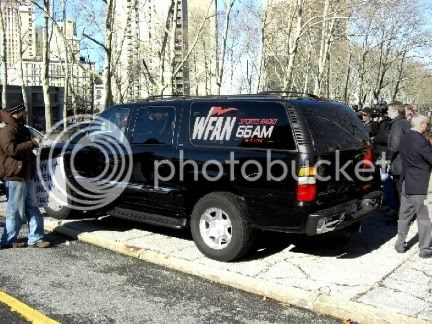 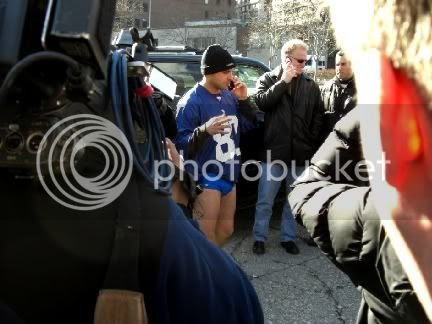 And then, right at the crack of noon, off we headed. 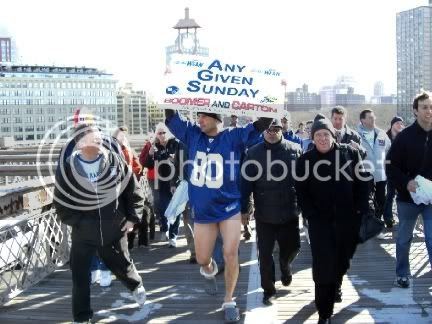 I was quite impressed by the police escort that was provided. 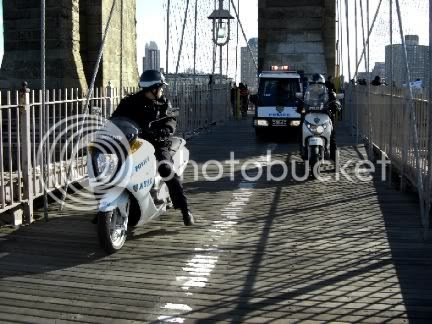 As you can see, Craig did draw a bit of a crowd. Some of these people might just have been trying to get to the other side of the bridge though and got caught up in the frenzy. 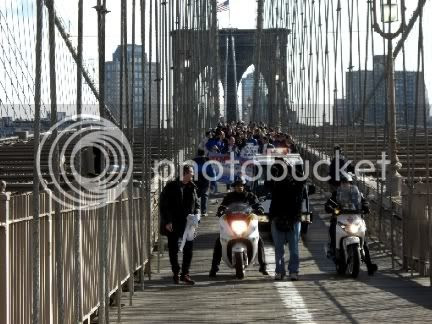 And then there was this guy, obviously hungry for attention, who tried to do Craig one better. I think he was promoting some online news program or something, but he was generally ignored. Actually, shunned would be a better word for it.

Oh, Please, Look At Me, Please 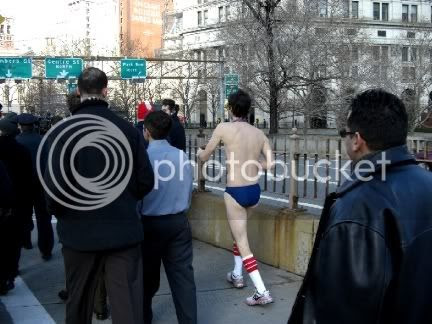 At the other end everyone gathered for a drawing for a 50 inch plasma TV. Well, not everyone gathered. Whoever held the first winning ticket drawn, 703, wasn't in the crowd so they had to draw another ticket. The winning number was 705. Bar Man had 725. Close, but no cigar.

Gathering For The Drawing 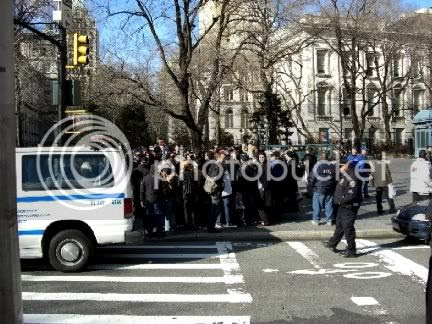 And then, being New York, it was over and life returned to as normal as it ever gets here.

The Return To Normal 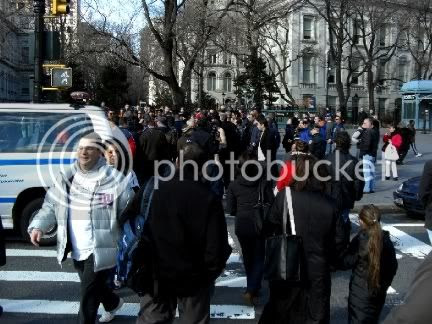 It was a nice day for a walk and I had a good time. Walking across the Brooklyn Bridge is something that I do quite often, but sometimes it is more fun to do it with a crowd.
Posted by Bar Man at 9:11 AM