Well, we will have more about the volcano tomorrow, but today we did head to it. The volcano's name is Arenal and it is still very active, spewing lava and shooting out rocks all day every day.

On the way to Arenal from San Jose we did observe some "wildlife" along the way. Our first spotting was of a white-nosed coati, a relative of the raccoon. The males tend to travel alone and hang out by the road looking for handouts or, in this case, the possibility of a honey-flake in a discarded bag of them. 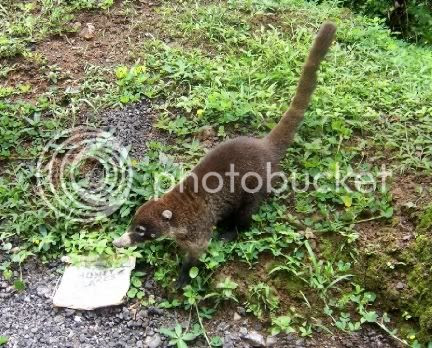 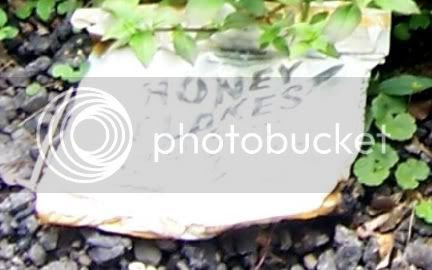 A bit further on we saw a whole herd of Iguanas basking in the sun. I guess you could say the Iguanas was a bit sluggish today (this is a joke only New Yorkers will get and has to do with the traffic on the Gowanus Expressway). 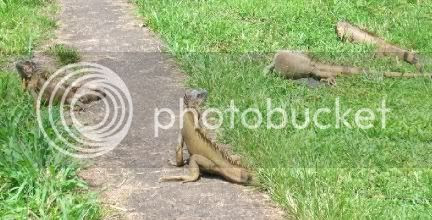 These weren't really too wild either. They hung out on a little triangle of land across from a restaurant and gift shop where they were kept well fed. 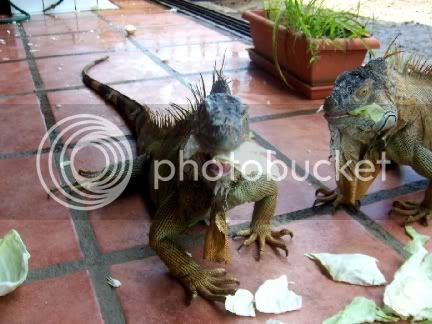 And, of course, the most prevalent wildlife of all, TOURISTS. They can be spotted along the road everywhere. 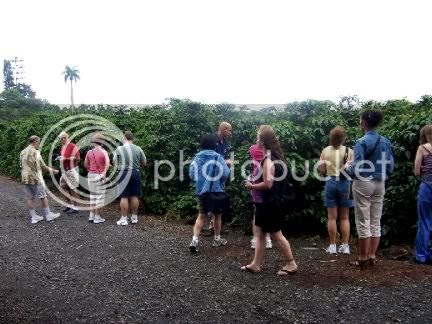 You have to be sharp-eyed to spot them sometimes as they forage for their favorite food, coffee beans. Little do they know that these cannot be eaten straight from the tree. 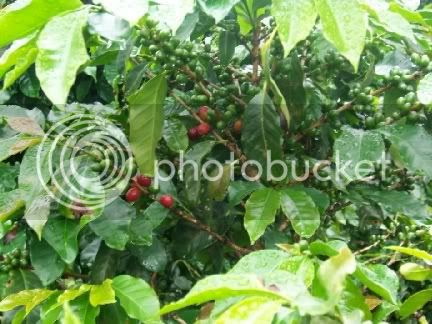 Much like the United States has to deal with Mexicans crossing the border to pick crops so we won't starve to death because nobody in the United States would actually work in the fields for twelve hours a day, Nicaraguans cross the border into Costa Rica to pick coffee beans. They get two dollars a basket and a top picker can can pick about twenty baskets a day. Get the whole family working and it isn't bad pay for this neck of the woods.

After the bus ride I checked into our hotel and relaxed in the Jacuzzi with a beer. 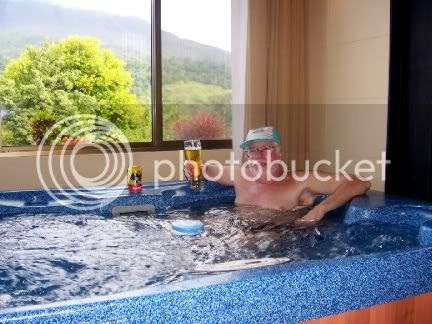 You can just see the volcano through the window. But, as promised, more on that tomorrow. After my beer I had to take a whiz and, uncharacteristically, I actually got out of the Jacuzzi to do it. You will never guess what I found waiting for me when I returned. 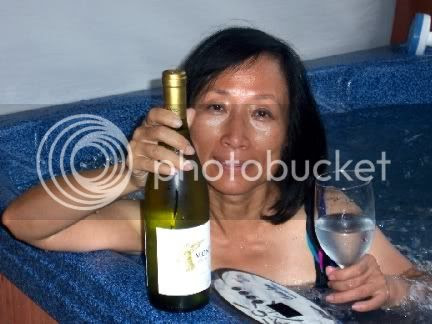 Life just doesn't get any better than this.
Posted by Bar Man at 3:07 PM