Well, not exactly the top of the world, just closer to the top of the volcano. Still the image of James Cagney burning at the end of White Heat did cross my mind.

I guess this view of the volcano from the hotel wasn't good enough, we had to get closer. 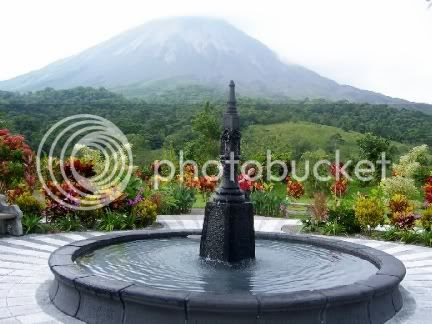 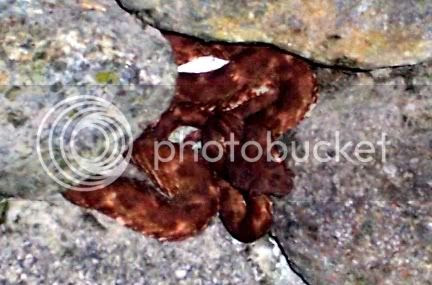 He was lurking in a stone wall not far from the path we would take. If he wasn't enough of a warning, there were more to come. 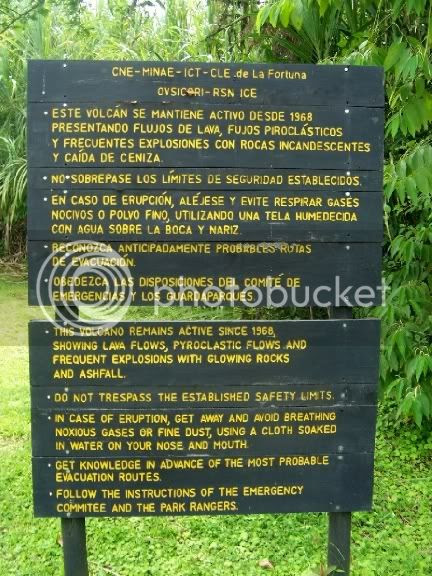 I Get The Point 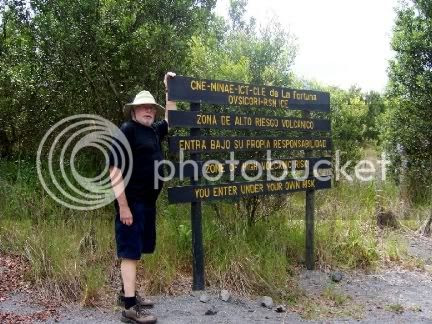 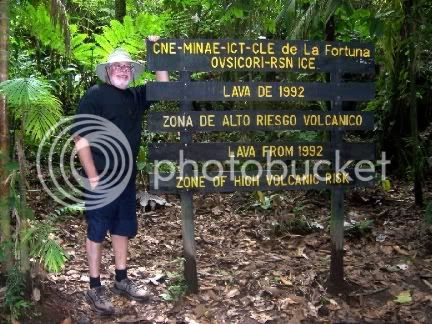 This was starting to remind me of some bars I have visited.

We did finally get underway and began our somewhat arduous climb. 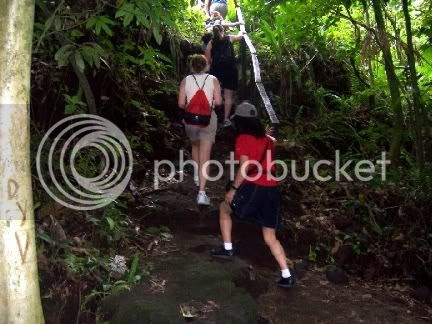 And who do you suppose that was bringing up the rear? 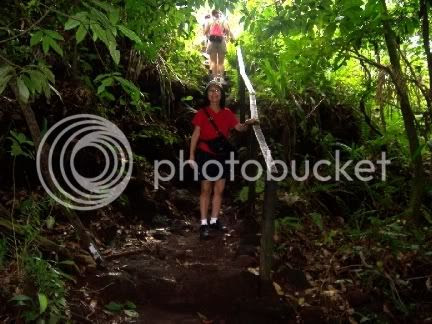 As you can see, it wasn't exactly a walk in the park. Well, yes it was, but not a park park. You know what I mean.

Walk In The Park 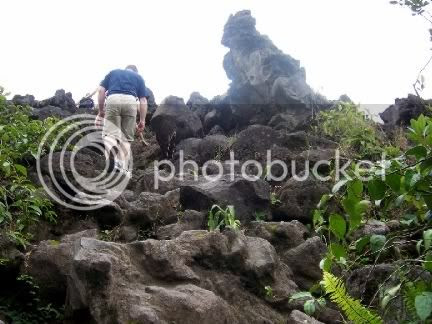 On the other hand, after clambering over piles of rocks the view was spectacular, more rocks. 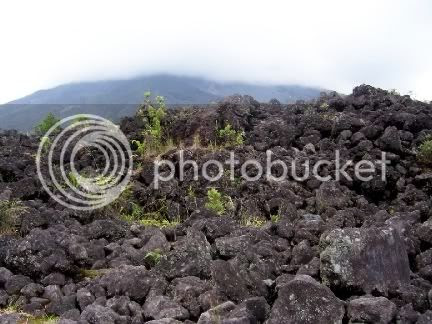 If I hadn't made the climb I would have missed seeing the wildlife though.

Wildlife At The Top 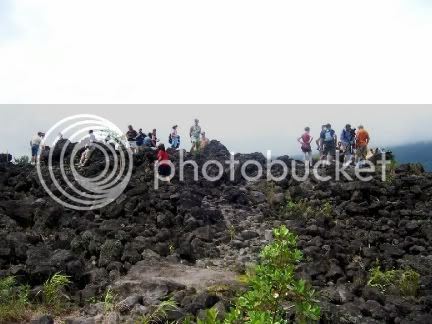 But, I am being a bit cynical. The view was really nice. You got a good look at Lake Arenal, which we would be crossing the next day on our way to Monteverde and a cloud forest.

The Mysterious Chinese Woman's sister joined us on the trip and here we are posing for pictures at the top. That is Lake Arenal in the background, but you probably guessed that already. 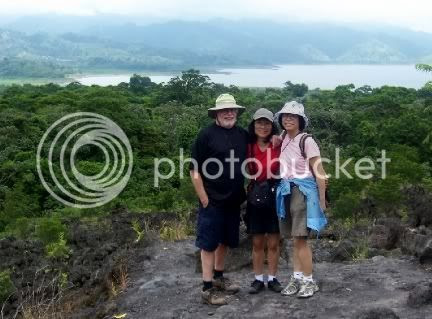 Turning the other way we did get a nice look at the volcano though. 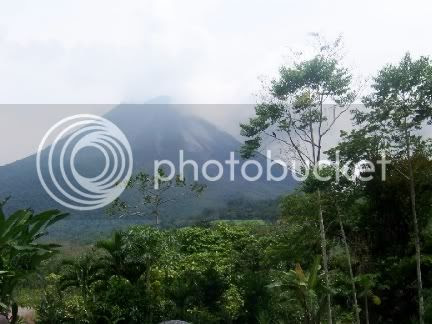 It was well worth the climb because the view was so much better than the one from my hotel room.

View From My Room 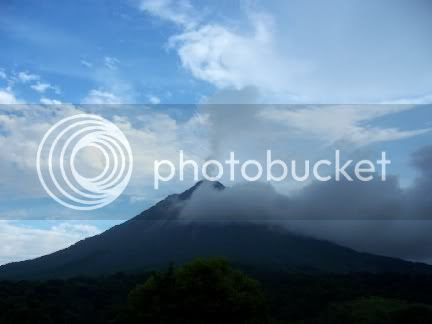 It really was a fun climb. You could hear the rocks booming as they were being blown out of the top. This thing erupts all of the time and has been since 7:20 A.M. on July 29, 1968 when the west side blew off and destroyed two villages, Pueblo Nuevo and Tabacon, killing 78 people in the process.

Tomorrow we head to Monteverde, founded by Quakers in 1950. Stay tuned and I will tell you why they settled there.
Posted by Bar Man at 8:22 AM