Costa Rica, No Ifs or Ands, but Butts

Nothing like getting up at 3:00 A.M. to catch a plane. The fact that I was going on vacation helped quite a bit though. We arrived in San Jose, Costa Rica at a reasonably early hour so I had a chance to explore the city a bit. Can't say I was overly impressed though. It was a bit like Guadalajara in that it is largely a commercial center. Not too many people actually live there and after about 8:00 P.M. it is pretty empty. During the day it is bustling though.

As you can imagine, I did find a place for a beer. 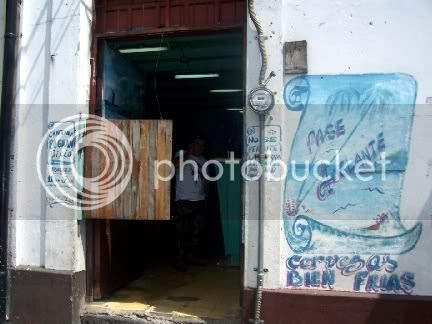 The street entrance, which you see above, attracted my attention so in I went. Absolutely everyone in the place (all five people) were drinking Imperial Beer, the Costa Rican Budweiser. I, of course, joined right in.

The back entrance to the bar was inside a large market where you could buy everything from an octopus to a refrigerator magnate. There were also a lot of little stands where you could get a bite to eat.

Early the next day after a pleasant evening in our hotel we hit the road for our big adventure. And we didn't have long before it started. 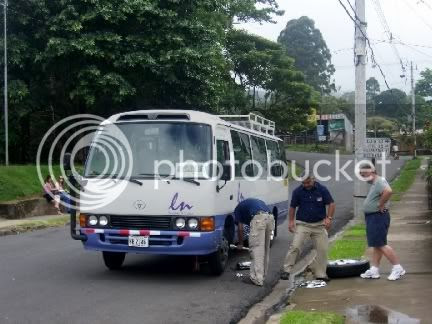 The tire was quickly fixed though and soon we were on our way and taking in the view. 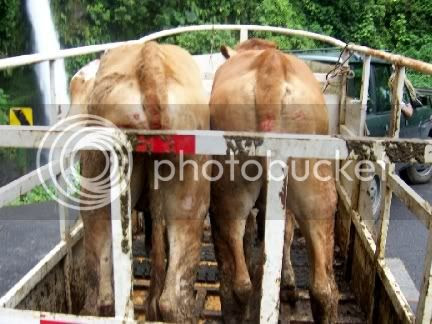 Well, that about sums up the trip.

Not really. It was a great trip and tomorrow I shall post more about my travels. And you can never guess who showed up. Well, you probably can. 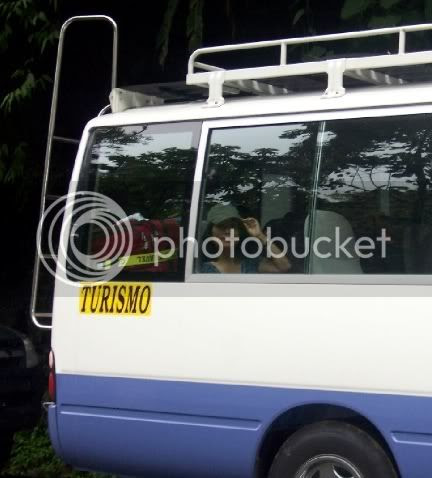 Stay tuned as the adventure continues.
Posted by Bar Man at 12:07 PM

congratulations! this blog is very interesting and has

information most important we invite you to visit our blog

www.costarica4retirement.com and you will find both.

Prices will amaze you Great investment opportunity at

for more info at: http://www.Costa-