I headed up to Callicoon, New York today to visit friends and celebrate the birthday of Shirley Stabbert who wouldn't want her age mentioned but looks mighty good for turning eighty. 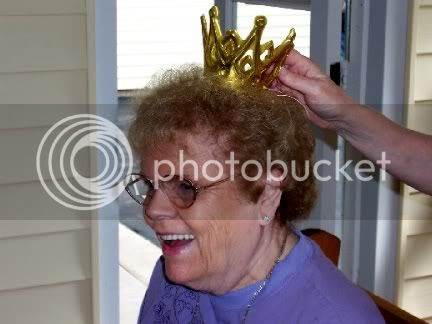 Unfortunately I got of to a bit of a slow start due to problems with the Enterprise Car Rental in my neighborhood. I originally planned to pick up the car at 9:00 A.M. and had made reservations over a week ago to do so. I was going to pick up a friend of mine, Shirley is his sister-in-law, before heading up. He was going to be running a bit late because he was coming in from Florida so I called Enterprise at 9:10 A.M. (they open at 9:00 A.M.) to tell them I would be picking up the car at 10:30 P.M. instead. I was informed that they might not have a car available at that time. I said I didn't understand that, I had the car reserved for 9:00 A.M. and would pay for it from that time, just hold it until I got there. I was told they couldn't do this. I then asked to talk to a supervisor.

The supervisor heard me out and said there wouldn't be a problem, there would be a car waiting for me at 10:30 A.M. Well, you can probably guess where this is going. I got to Enterprise at the appointed hour and was told that they had no car available but that I could be driven to another location to pick up a car. I asked what happened to the car I had reserved for 9:00 A.M. and that they were going to hold for me and after a bit of hemming and hawing they admited that they had rented it out. I said I didn't want to go to another location, that they advertised that they could deliver a car to your residence, how about if they just delivered it here and I would pick it up at noon (Enterprise is only a few blocks from where I live). They said that would be fine.

As you can imagine, shortly before noon when I arrived there was still no car. They did call and have someone drive one over though and I finally got my car at 12:30 P.M. To add insult to injury, it only had about 1/8th of a tank of gas so the first thing I had to do was stop at a nearby gas station in downtown Brooklyn where the price of gas was $3.40 a gallon.

Luckily an Avis dealership has opened up nearby so in the future I will probably be doing business with them. Or at least I will check them out to see if I have better luck. Avis also lets you return your car on Sunday whereas Enterprise is closed on Sunday.

I will say that in the past I have never had any problems with Enterprise, except for there policy of sometimes giving you a car with almost no gas in it. And even throughout this set of intereactions everyone, except for the first person that I talked to on the phone, was very polite and friendly. I just don't understand the reasoning behind not having a car available that you have reserved in advance if you can't pick it up on time when you let them know in advance that you are going to be late. I would never use Enterprise at an airport. I imagine if your plane was delayed you could be completely out of luck in terms of having your car waiting for you.

By the way, if you are wondering why I didn't just pick the car up on time and keep it at my place until I needed it, there is absolutely no place to park a car during the week where I live in Downtown Brooklyn. Even the parking lots are filled up by 9:00 A.M.
Posted by Bar Man at 9:47 PM

there is an episode of seinfeld that accurately reflects your situation with enterprise. he tells the clerk that they must not understand the concept of the reservation. when she says that they do, he says that if they did, they would have a car waiting for him.

they eventually find him a car, and when he is asked if he wants insurance, he says he does, because 'i am going to beat the hell out of this car.'

anyway, dan, glad to see you're still posting from time to time.

Hi ,some great stuff here.Im an avid car lover and came across a site about Antique Cars# that I thought was worth sharing as they have some really fantastic resources,considering how old these things are now I really struggle to get good information so if you enjoy the vehicles of the past go like I do then take a look.

I was searching blogs,and I found yours.Please,
accept my congratulations for your excellent work!
If you have a moment, please visit my car chicago insurance site.
Have a good day!

Interesting. I learn something all the time. Thanks,Steve @Car Tips