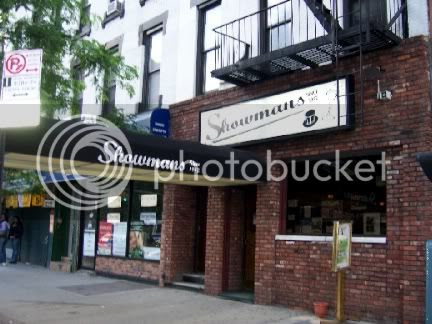 You may remember that I visited this place one afternoon last November with my friend Bernie during my 1000 Bar adventure. It is located at 375 West 125th Street up in Harlem. At that time I heard about their Thursday Night Tap Dance Extravaganza. Well, Extravaganza might be a bit strong, but they did have tap dancers.

It wasn't too crowded when we got there so we got seats at one of the four small tables, although in retrospect we should have sat at the long bar. There isn't any cover charge here, just a two drink minimum per set. They also had free hors'doeuvres which consisted of pasta with peppers and sausage. Mona, the manager, assured me she made it herself.

The opening act was Joey Morant, a trumpet player who regularly headlines at Showman's on Thursdays. That is when he is not touring. He said he just returned from Paris and was about to head out to Europe again for another tour that would also take in Russia but said he would be back for the first Thursday in July. He was quite personable and came over to talk to us and really got the crowd going with his band that included a great sax player, guitar, drums, and an organ player. Showman's claims to be the only Jazz Club in New York with an organ (but it is kind of a small one).

Joey Morant And His Two Trumpets 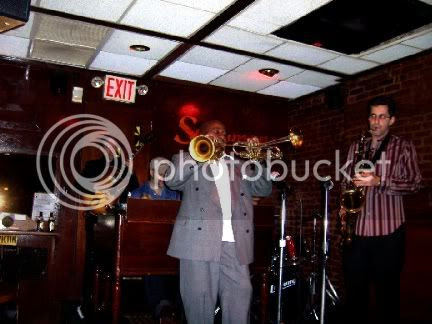 We were enjoying our drinks at our table when a large group came in from Wachovia and crowded the front of the bar pretty much blocking our view and making it hard to get to the restrooms. They weren't being obnoxious or anything, just a bit inconsiderate. There was plenty of room at the back of the bar where nobody's view would have been blocked.

Bruce And Bar Man At Our Table 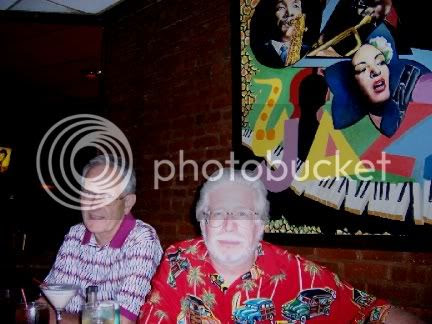 Did I mention tap dancers? The had tap dancers that seemed to range from an Australian sheepherder to someone who looked like a Japanese manga character. 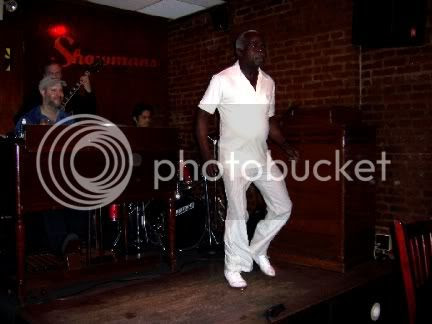 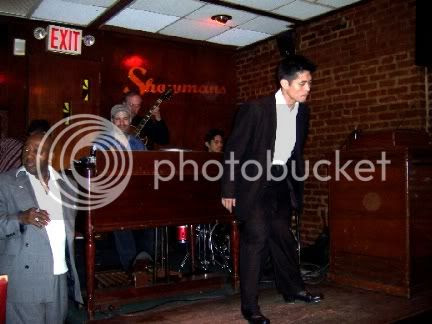 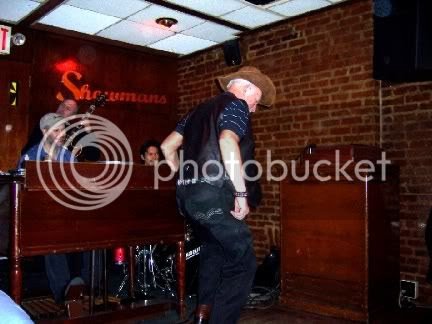 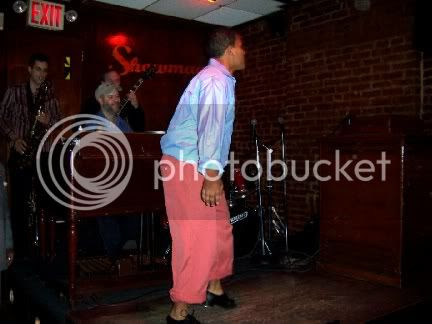 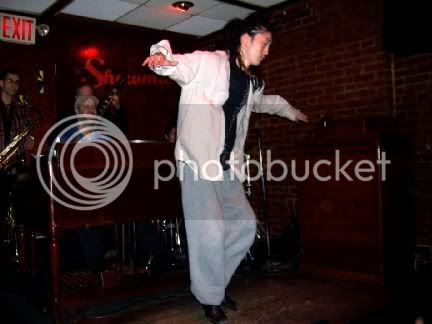 Showman's is a fun place to visit for good jazz every night of the week except Sunday. You can easily get there by subway, the 1 train stops about six blocks away and the A train is right around the corner. Just get off at 125th.
Posted by Bar Man at 10:36 PM