Don't believe everything you read in the papers. The Daily News had a major article touting the Seafood Parade that supposedly is the Bronx's answer to the Mermaid Parade in Coney Island. It is held in Hunt's Point in the Bronx close to where the Fulton Fish Market relocated. The article said "...they're cooking up fish dishes, crafting fancy fish costumes and building homemade fish floats for a mile-long march through their neighborhood." Well, see for yourself.

First of all, on week-ends the subways never run as advertised so we had to take a somewhat convoluted route to get to this grand parade. We made an erroneous transfer at 125th because the Mysterious Chinese Woman done steered us wrong.

Bruce And Donna At The Wrong Station 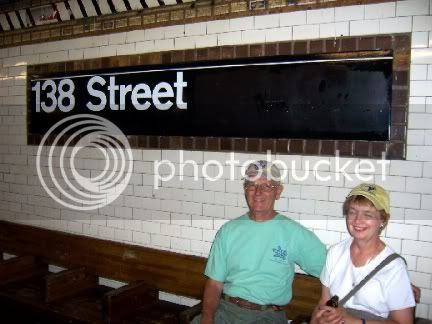 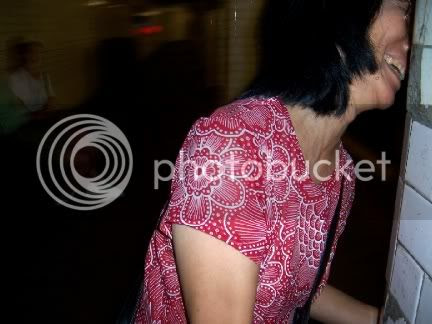 Ah, but it was so worth it when we finally arrived. Despite getting a bit lost we did arrive in time for the start of the grand parade. 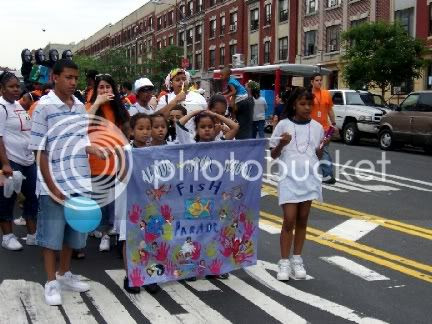 Floats, I don't think so. There was only one, and it would be a stretch to call it a float. The whole parade had maybe 30 people max, most not in costume, and lasted all of five minutes.

The One And Only Float 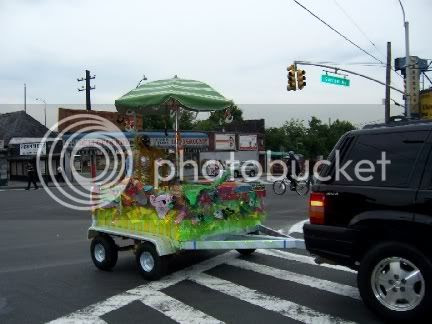 The crowd trembled in fear though when the local toughs showed up on their tricked out, ah, bicycles.

The Local Bikers And Their Rides 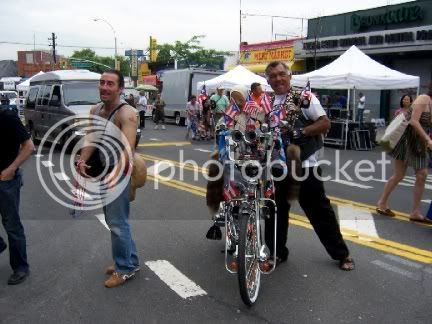 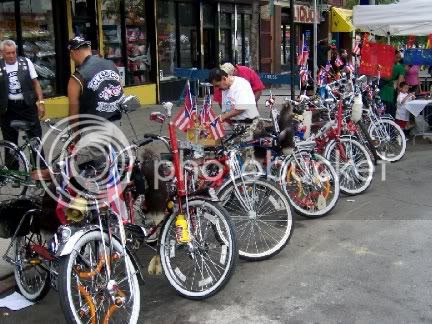 Ah, but the fish, that is what it was all about, Right? After all, "...they're cooking up fish dishes..." Well, there wasn't a single stand that was selling fish. In fact there weren't any food stands at all except for Moe Gridder's Famous BBQ trailer. Well, you have to do what you have to do, so I had a pulled pork sandwich.

Bar Man And His Pulled Pork 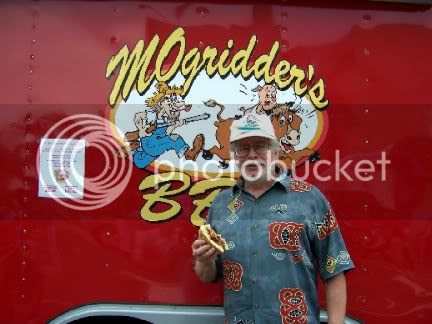 The Fish Festival certainly wasn't what I expected but it was kind of worth going to just for the humor of it. The irony was that they were having a street fair a block from where I live that was about ten times the size and where you could get fish. No mile-long parade though.
Posted by Bar Man at 12:25 PM

Bruce, You made it to the bronx without stopping by JC Macs!

Well I don't depend on the news which come from media. I prefer my own studies and verifications.
Term papers