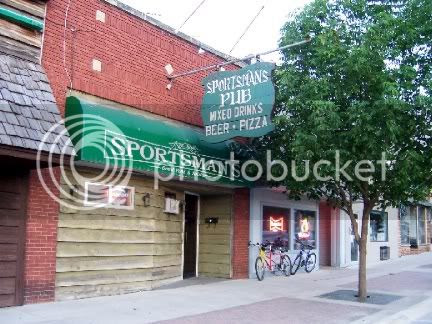 There were a lot of neat little bars in the Spirit Lake area, but we didn’t really visit many of them. We went to a few restaurants and did some grilling, but bar-hopping wasn’t really big on our agenda. Hey, I was on vacation.

This bar was a neat little locals place and we found out some interesting information about the area we were visiting from a guy in the bar. The area is known as the Iowa Great Lakes Area because of the number of large lakes in the vicinity. These lakes are Spirit Lake, the largest, Lake West Okoboji, Lake East Okoboji, Minnewashta, and Upper and Lower Garand Center Lake.

Lake West Okoboji is a blue water lake which means that it is spring fed. President Clinton once said that there were only two blue water lakes in the world, but he was wrong. The guy in the bar said there were only three. He was wrong too. I am not sure why Clinton was wrong but I think the guy in the bar was confused because The National Geographic Society named Lake West Okoboji one of the three most beautiful blue water lakes in the world, the other two being Canada's Lake Louise and Lake Geneva in Switzerland.

Bar Man, Donna And Bruce At The Bar 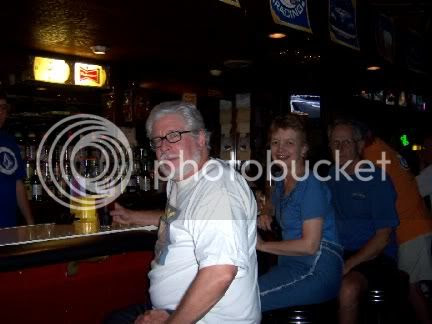 After we finished our drinks we headed to Remington’s and had Bombay Martinis with our dinner but, alas, didn’t drink anything at the bar. 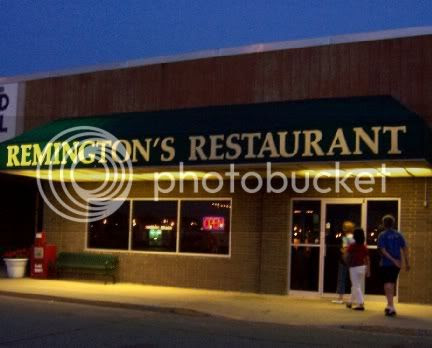 Nice blog. If you like you can visit bar stool.