Not A Yacht Today

Ooh, what a bad pun. I only went to one bar that counted today so it really was not a lot but it was a yacht, or at least a Yacht Club. 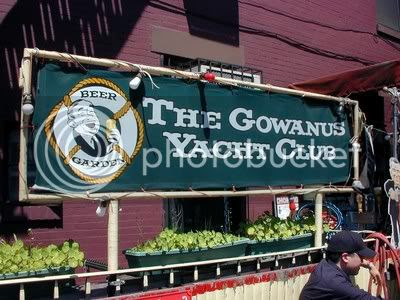 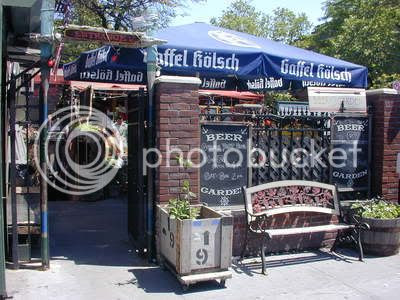 This is a one of a kind place in Brooklyn, at least as far as I know. It is located at 323 Smith Street, on the corner of President Street, in Brooklyn. It is closer to the subway station than the Gowanas Canal, and the Gowanas Canal isn’t exactly yacht club material anyway. Still, it is only a few blocks away.

This is pretty much just a bunch of picnic tables under a few umbrellas on a cement slab, with a small, very small, bar tucked in the corner. 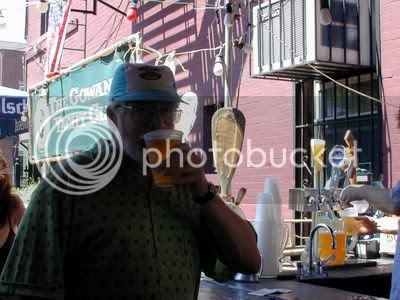 There are a few beers on tap served in plastic cups or pitchers and a reasonable selection in bottles pulled from a large cooler with glass doors. Their specialty is $1 Pabst Blue Ribbons served in individual frosty cans. A small grill tucked away even more in the corner than the bar serves up hotdogs, hamburgers, and brats on buns. Blackboards announce what is available and the extremely reasonable prices. 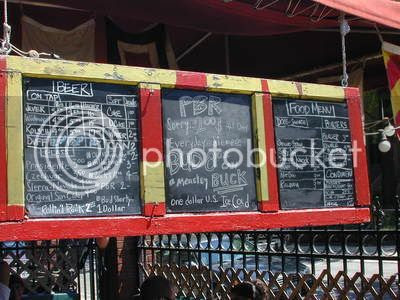 When the weather is nice (it is only open in the summer) nothing beats it in terms of a funky, fun place to hang out with a few friends. And it sure is convenient to public transportation. 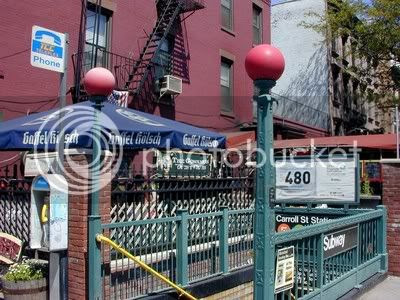 Here is a picture of the Gowanus Canal from which the venerable Yacht Club takes its name. 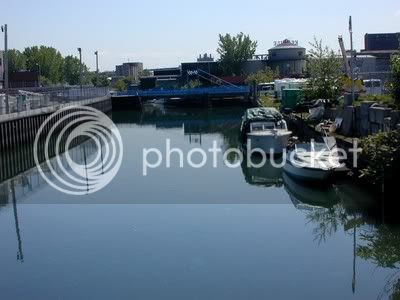 It might look good in the picture, but read what was said about it in a recent news article.

“Nasreen, a scuba diver, is interested in the tiny microbes - bacteria and single-cell life - found in underwater sediment. She said scientists estimate they have identified less than 10% of the microbes on the planet. She didn't dive in the Gowanus herself because the water is so contaminated that divers have to wear a dry suit, which she had not yet qualified to wear while diving.”

It is also known as the lavendar canel because of the color it takes in the summer when it really gets ripe. You can actually smell the canal from the Gowanas Yacht Club when the wind blows that way.

Well, I only went to one bar today that counted so I thought I would include a lot of pictures.

I had a Gaffel Kolsch, pulled directly into a, can't say frosty, plastic cup. On a hot day like today though it really hit the spot.

come to Hamilton, ONtario, Go to HESS STREET and you can easily add 30 bars to your count in a weekend as HESS VILLAGE is all bars and such...

As Calogero said CANADA is the best place to catch up on your Bar experience like Toronto or Kingston! Your endevour sounds like a lot of fun..........Enjoy!

If we're talking about body lifts here... I came across a good site. Might want to visit it too http://body-lifts-direct.com/