In case you forgot, after eating our fill of roasted piggie, we headed to: 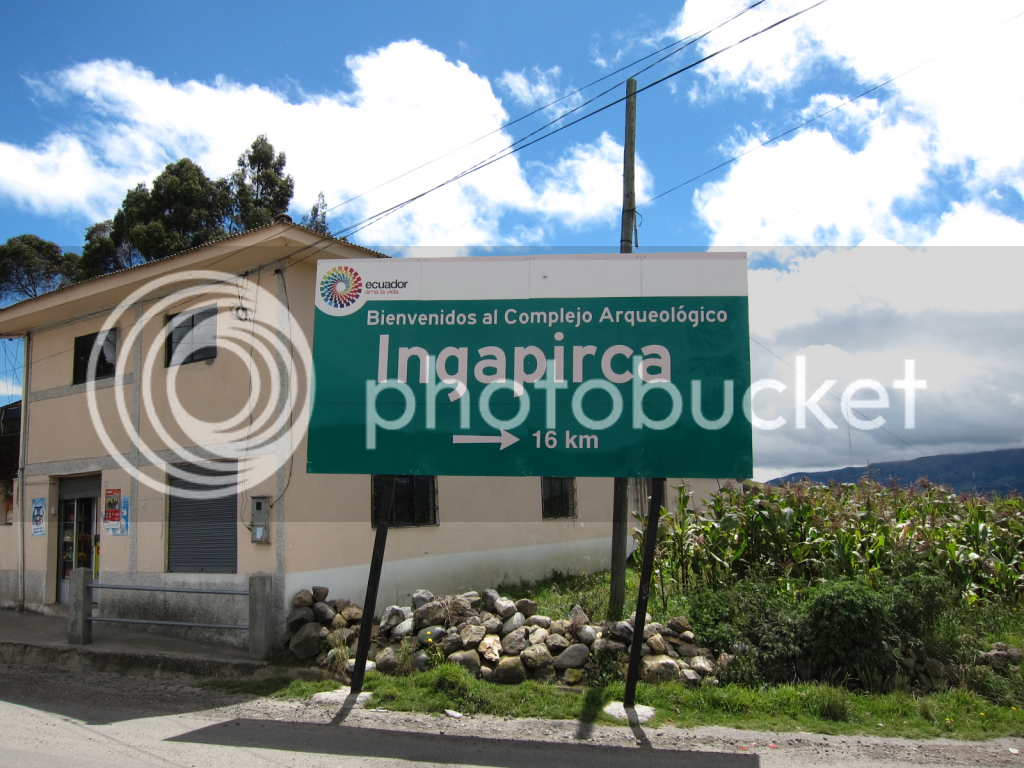 A wee bit of history to bore you with before my pictures. The original inhabitants of the area where the ruins stand were the Canari. They were defeated by the Incas, but they did not go down easily. After the Incas finally defeated them they did not eliminate them nor did they fully assimilate them. Instead the Incas and Canari lived in relative harmony, but with the Incas maintaining firm control and regarding themselves and vastly superior to the Canari. Kind of like how Yankee fans regard Mets fans. The Incas also selected wives from the Canari. I don't know if Yankee fans ever marry Mets fans, though.

The Incas were allowed to have multiple wives, but I forget just how many. The men, however, did not live with the women. I guess if you have a lot of wives this would be a wise arrangement.

Before viewing the ruins themselves we first spent some time in a museum which held artifacts found around the site and some bones as well. They made ceramic pottery and stone carvings and were also adept at fashioning implements out of copper. Without a great deal of commentary, because I don't have much information to impart, I will simply post the pictures. 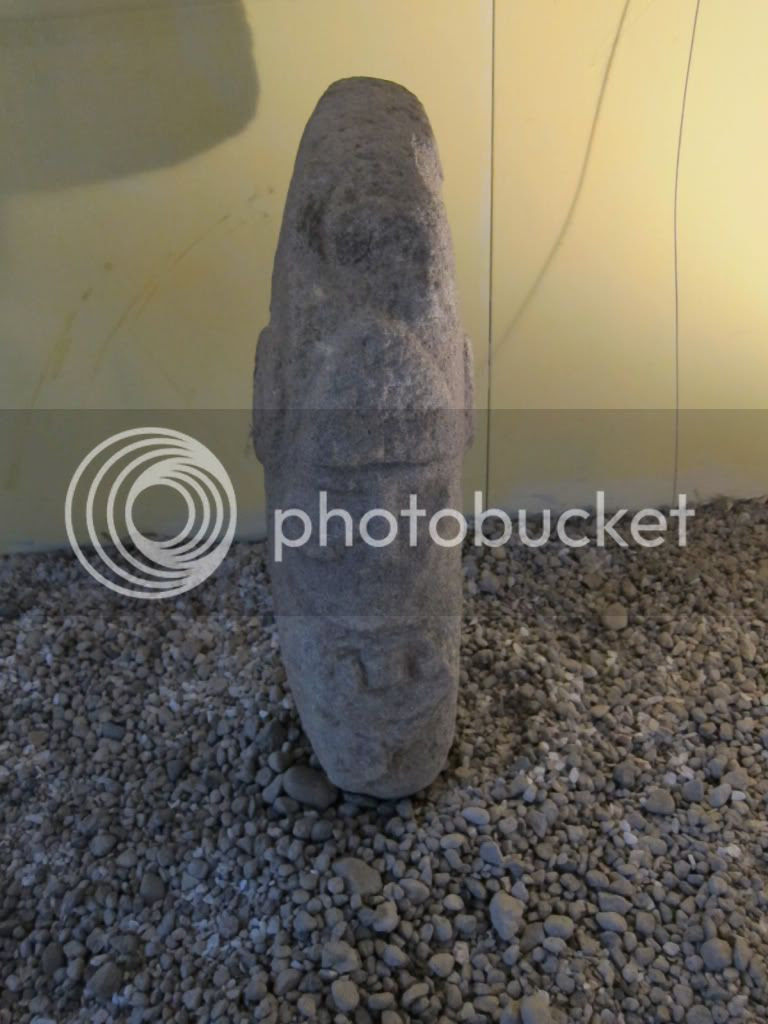 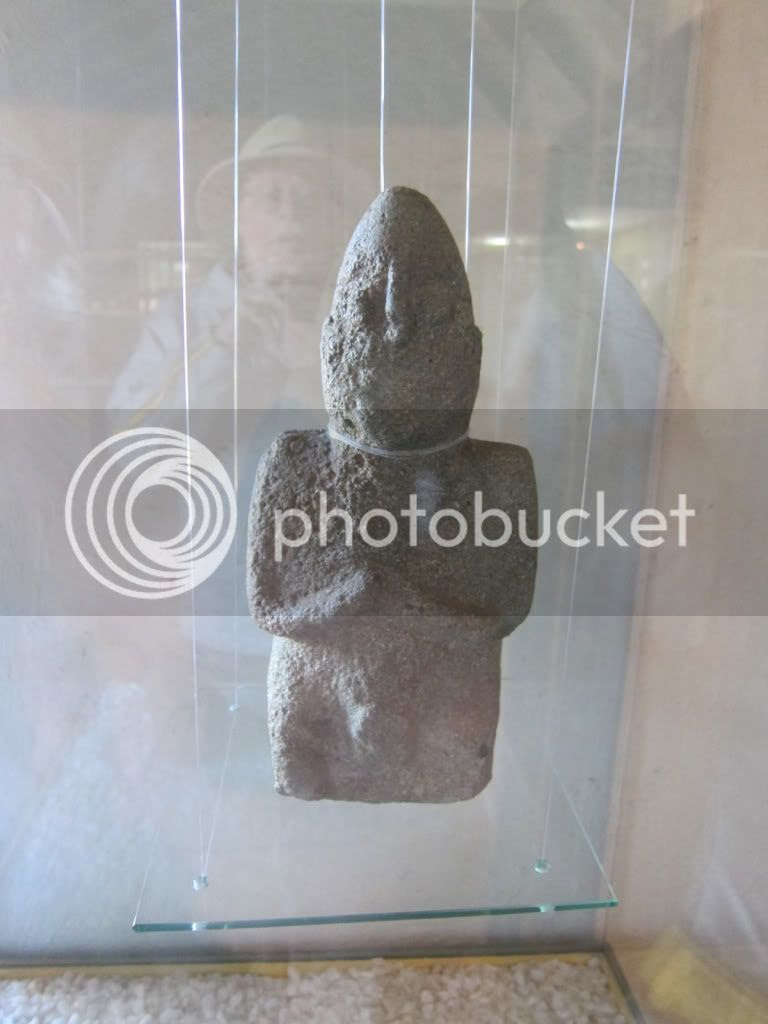 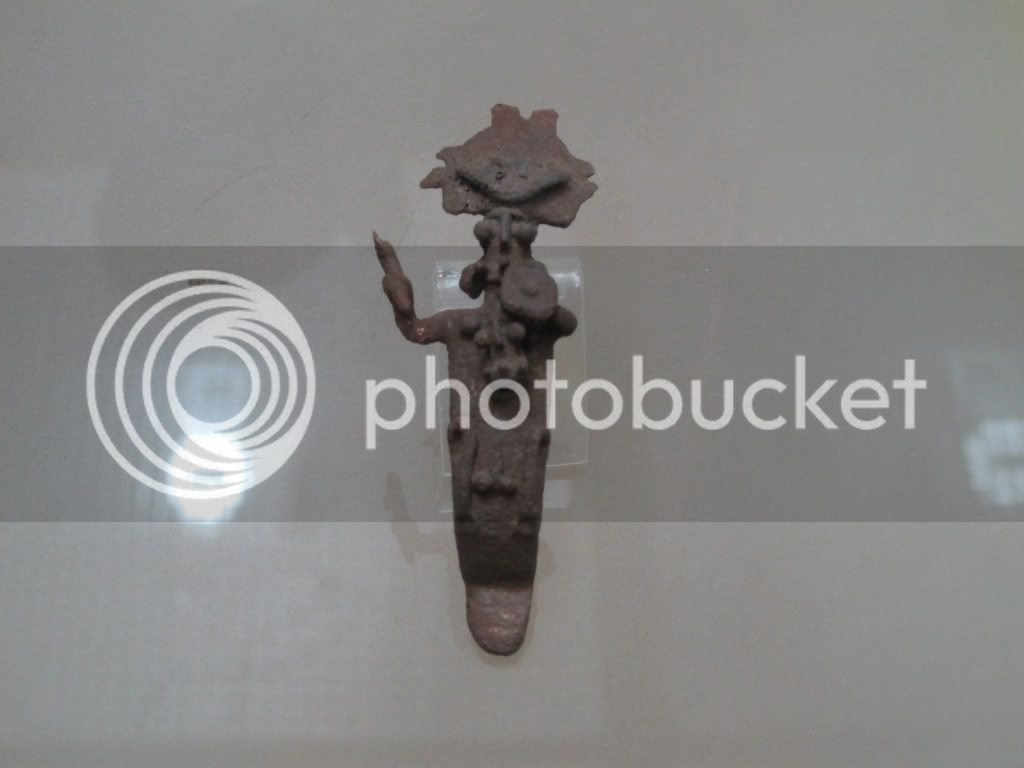 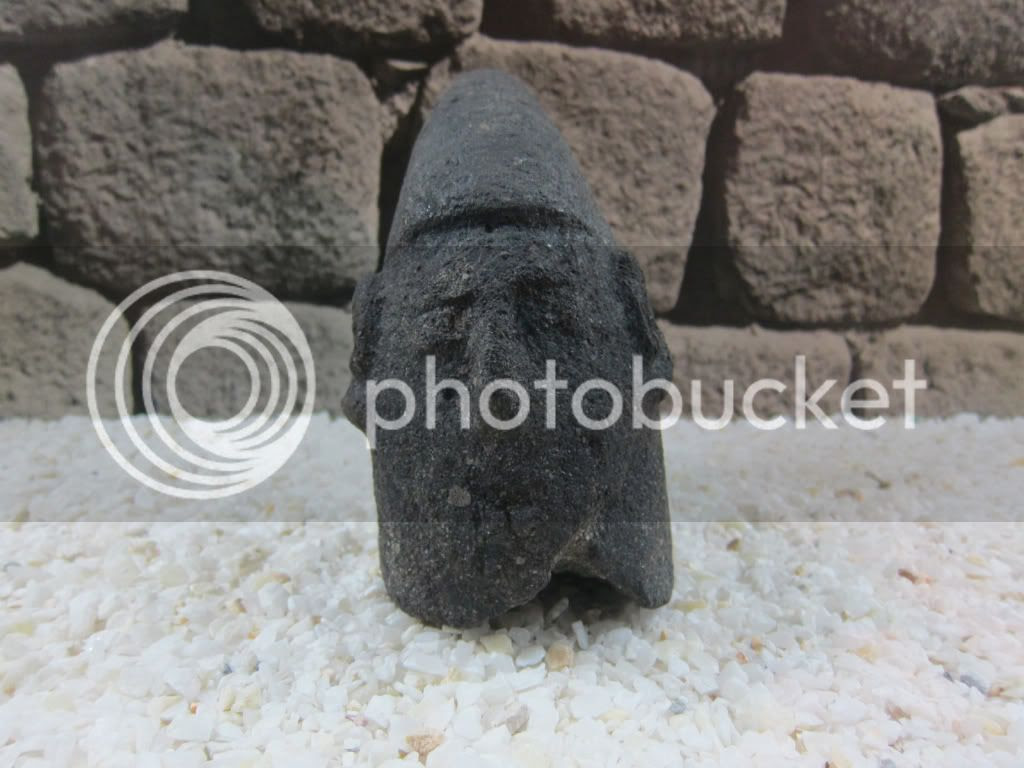 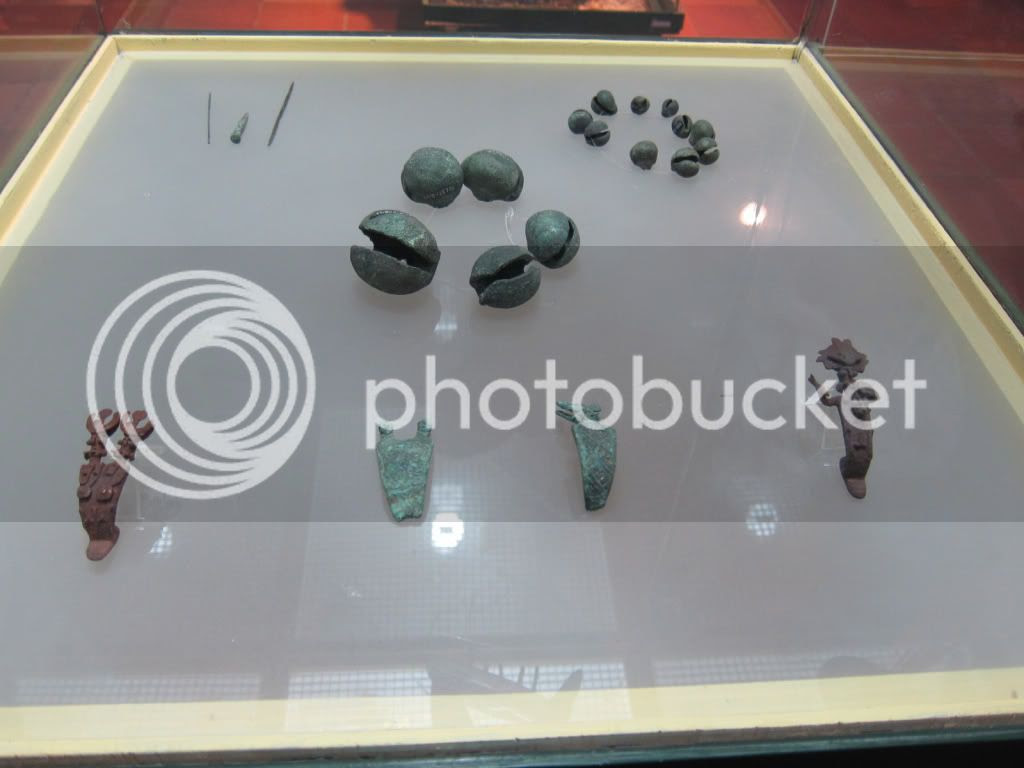 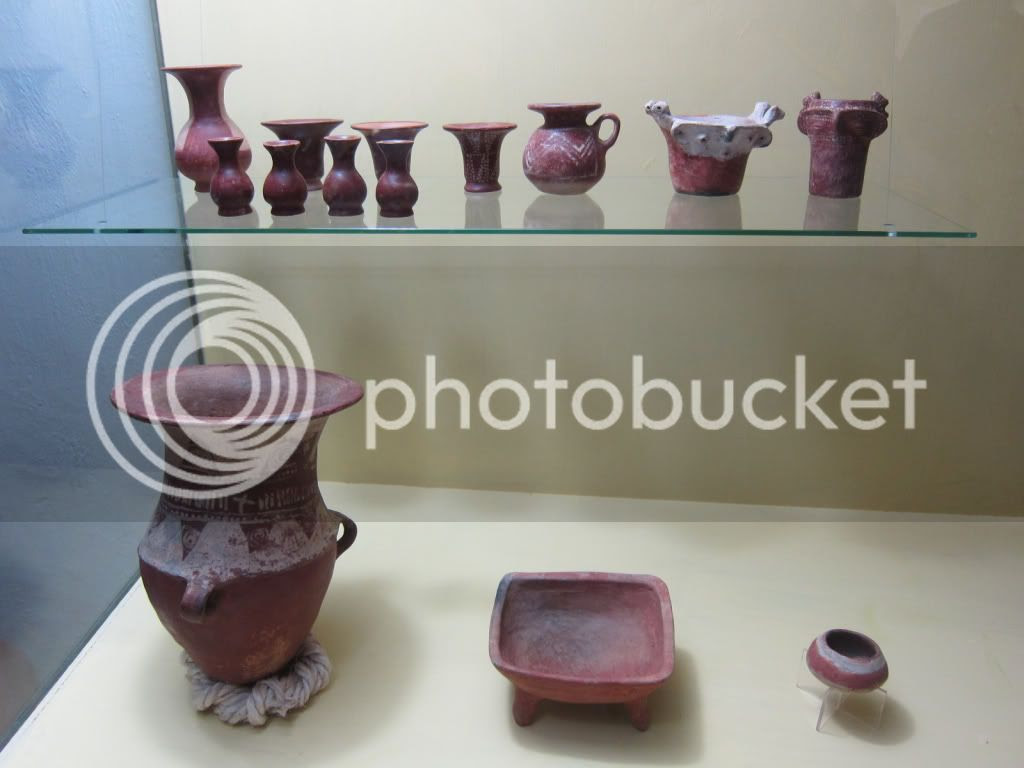 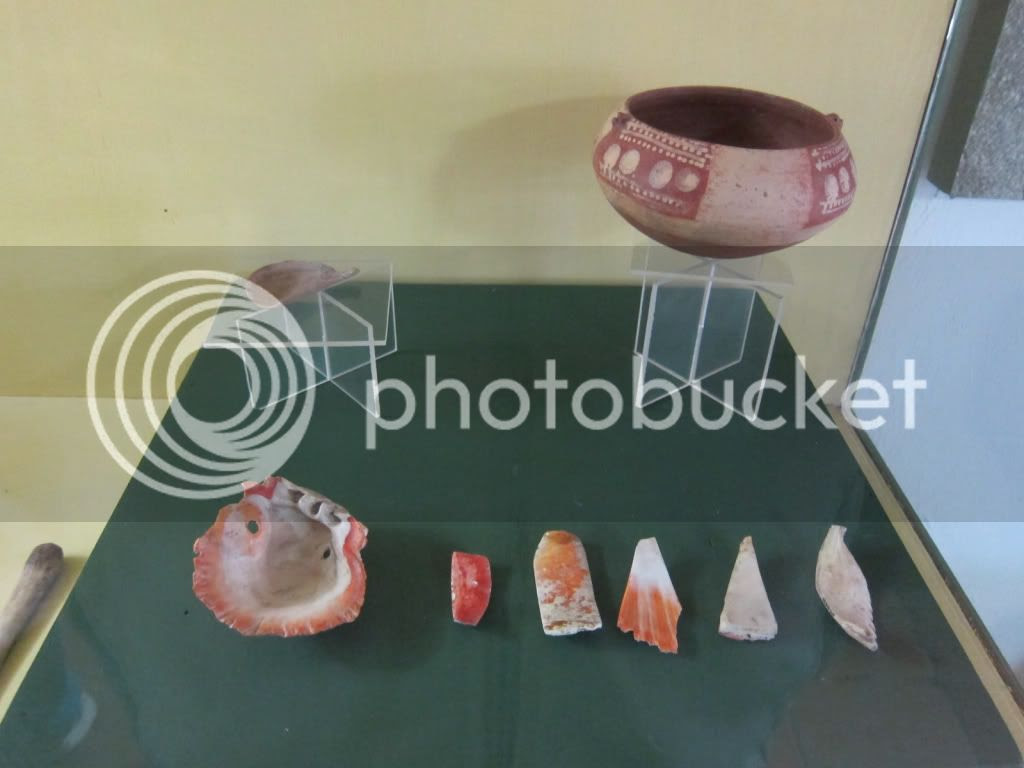 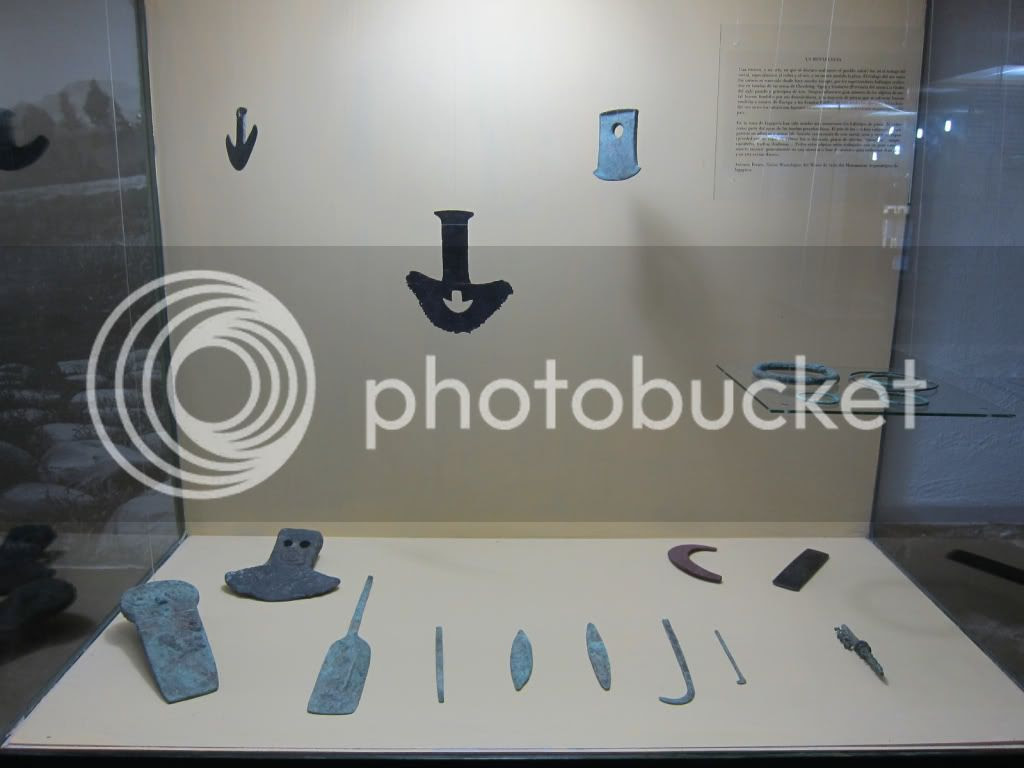 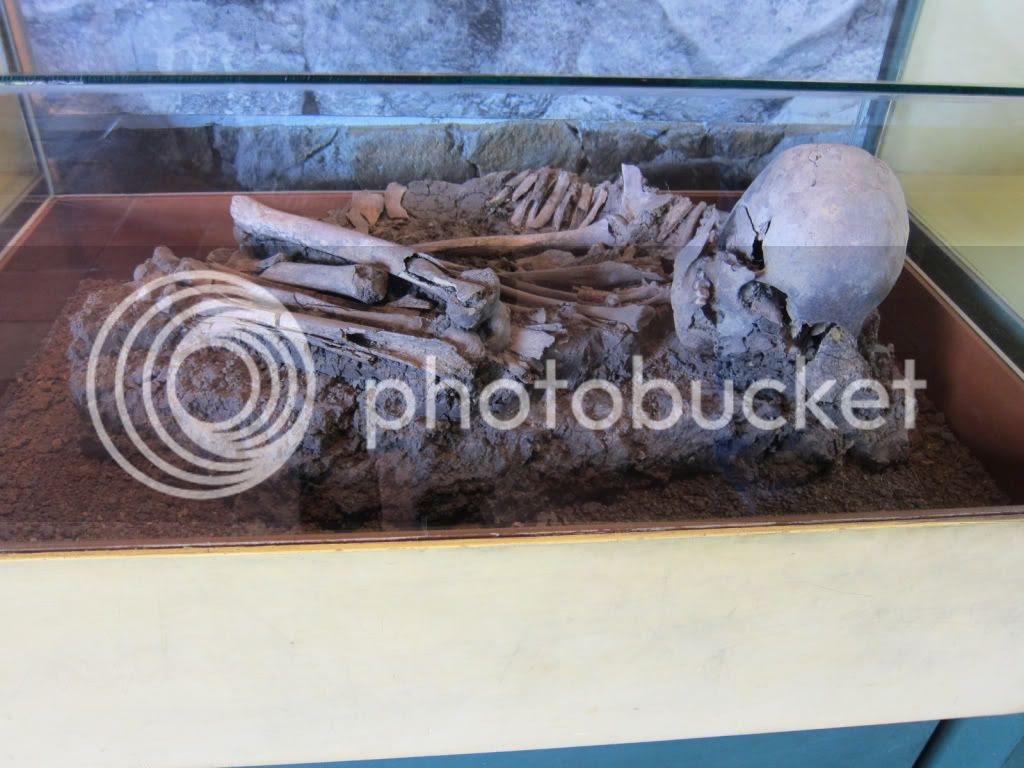 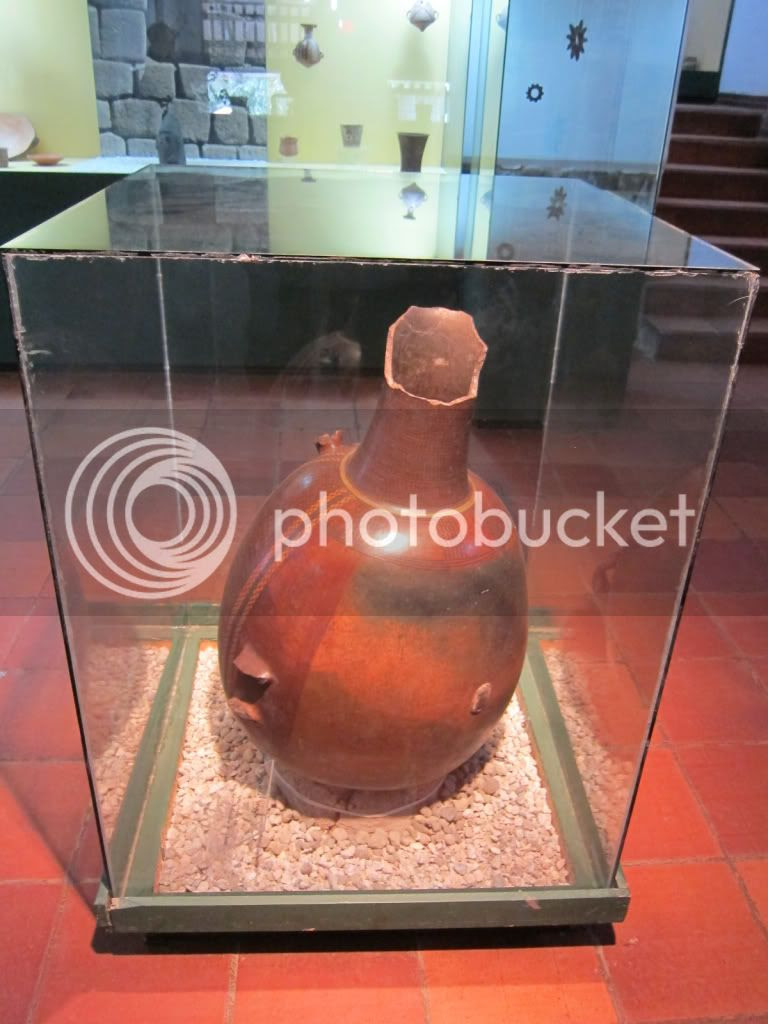 The last picture was of particular interest to Bar Man. It is a large jug that was used to ferment corn in order to produce their equivalent of beer. Hey, multiple wives, living with the guys and drinking beer. Sounds like a pretty good life. Now if they only had televised sports it would be darn near perfect.

The Incas worshiped the sun and the moon and the grounds of Ingapirca are laid out to represent them. That way no matter where you were in the compound, and even in the surrounding mountains, you could look down and take comfort from seeing the representations of your gods.

Just Use Your Imagination 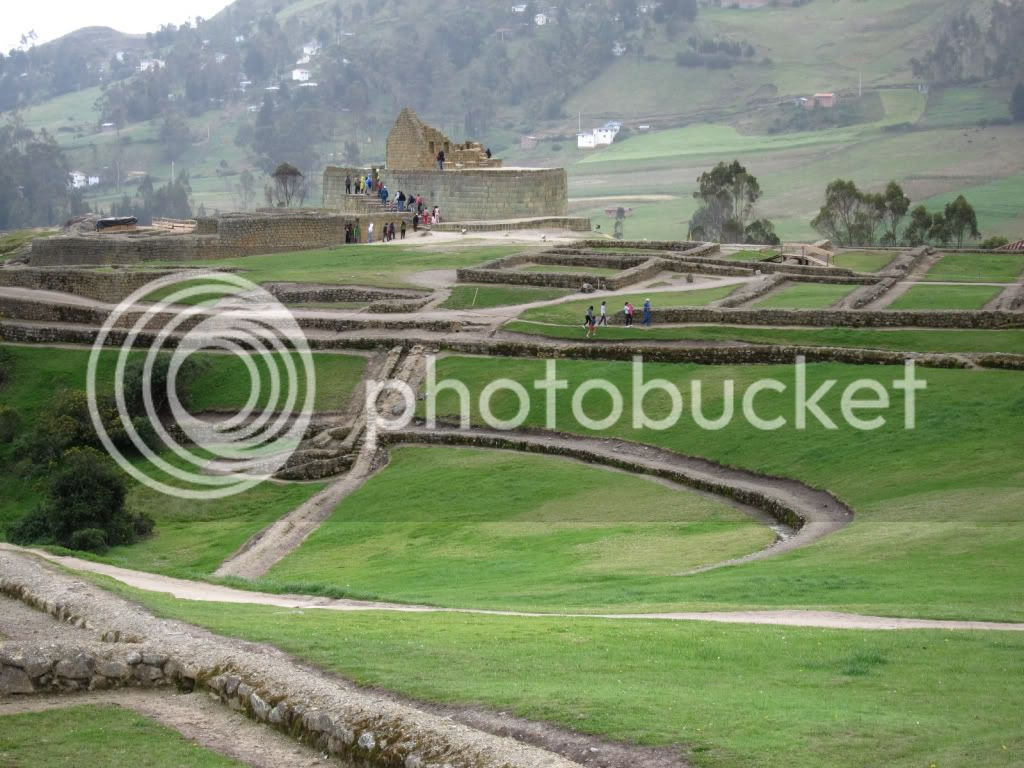 Because this site was a ceremonial place, large feasts were held and so there were storage and cooking facilities to serve the huge crowds that would gather. 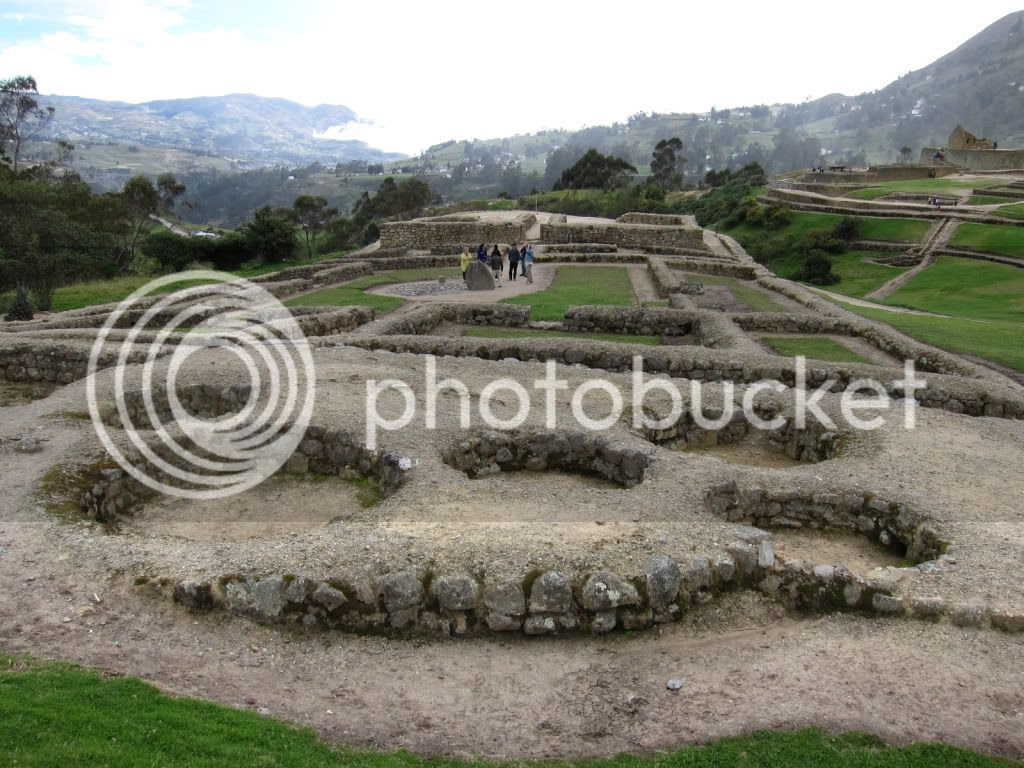 All that are left are the bases, but these were more like silos and could hold quite a bit of food-stuffs and also rendered fat from animals. Although the Incas ate meat, the didn't consider freshly killed meat to be edible so they would cure it in salt. This also facilitated storing it for future use.

Although the Incas co-existed with the Canari, as I mentioned, the Incas considered themselves to be vastly superior. In fact just making direct eye-contact with an Inca was an offense punishable by death, usually by being decapitated. 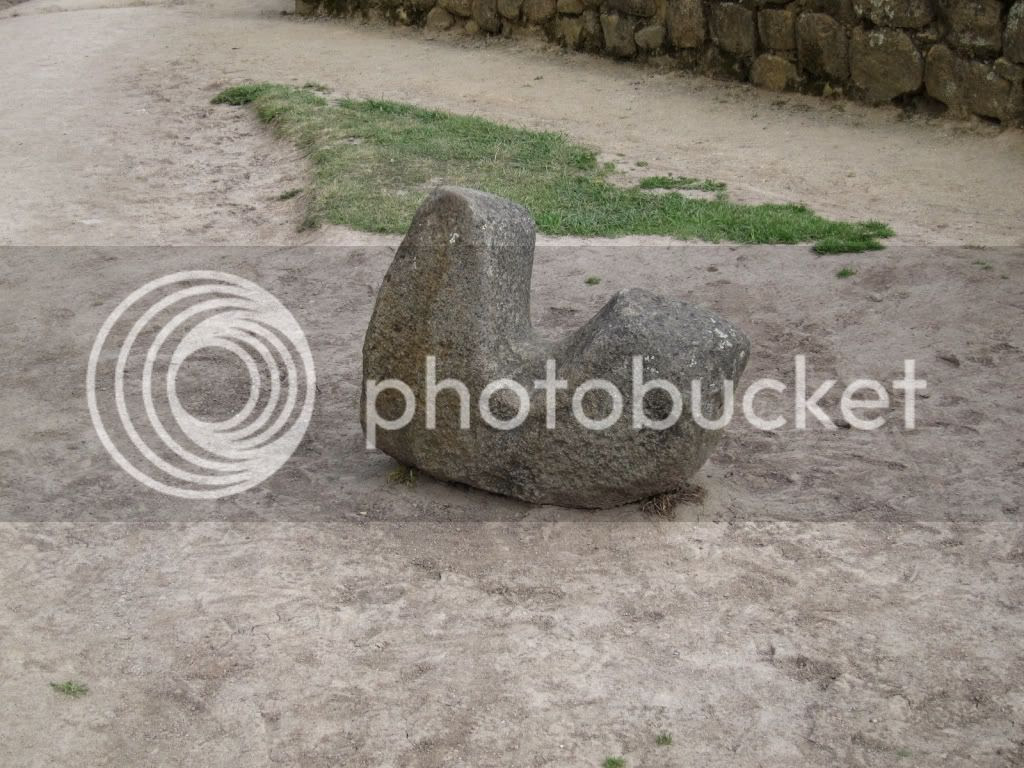 When an Inca died his body would be displayed for a few days and the deceased relatives would gather and mourn. We saw the equivalent of a funeral parlor with a place for the body to be displayed, not too unlike our modern viewings or wakes.

Where The Body Was Displayed 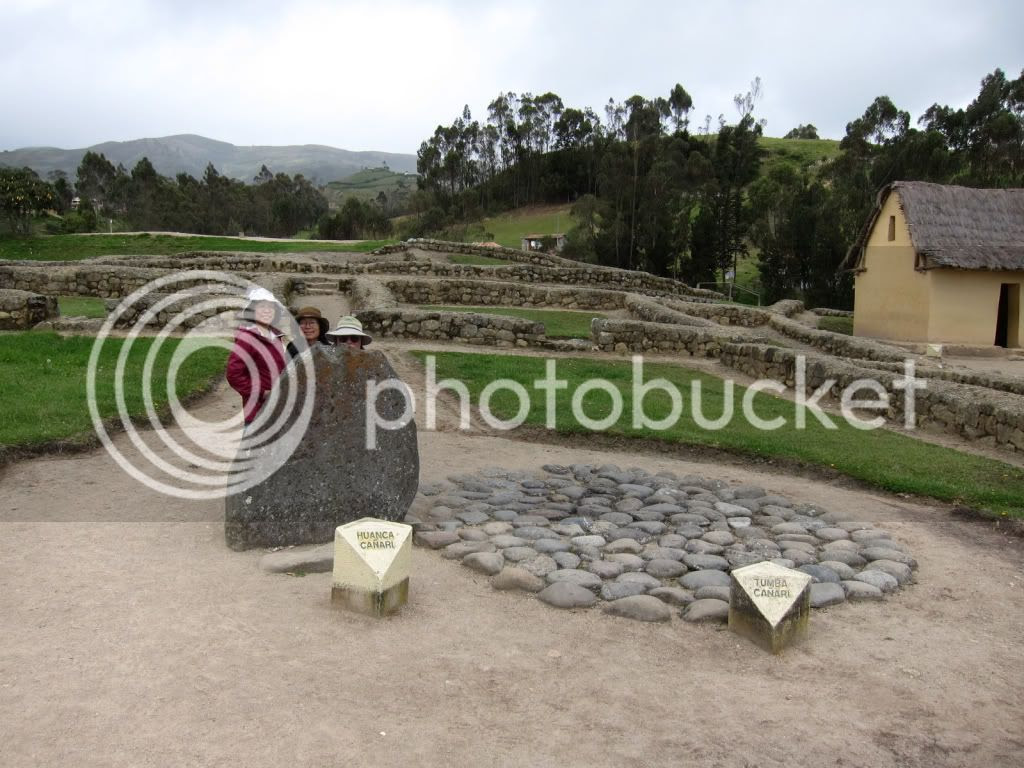 The body was placed on the circular area of stones and the foundations behind it were the rooms where the mourners could stay.

I had mentioned how the Inca houses had doors that faced the east and a niche with a gold item to catch the sunlight and illuminate the house. You can see where this was necessary, because the houses had no windows. 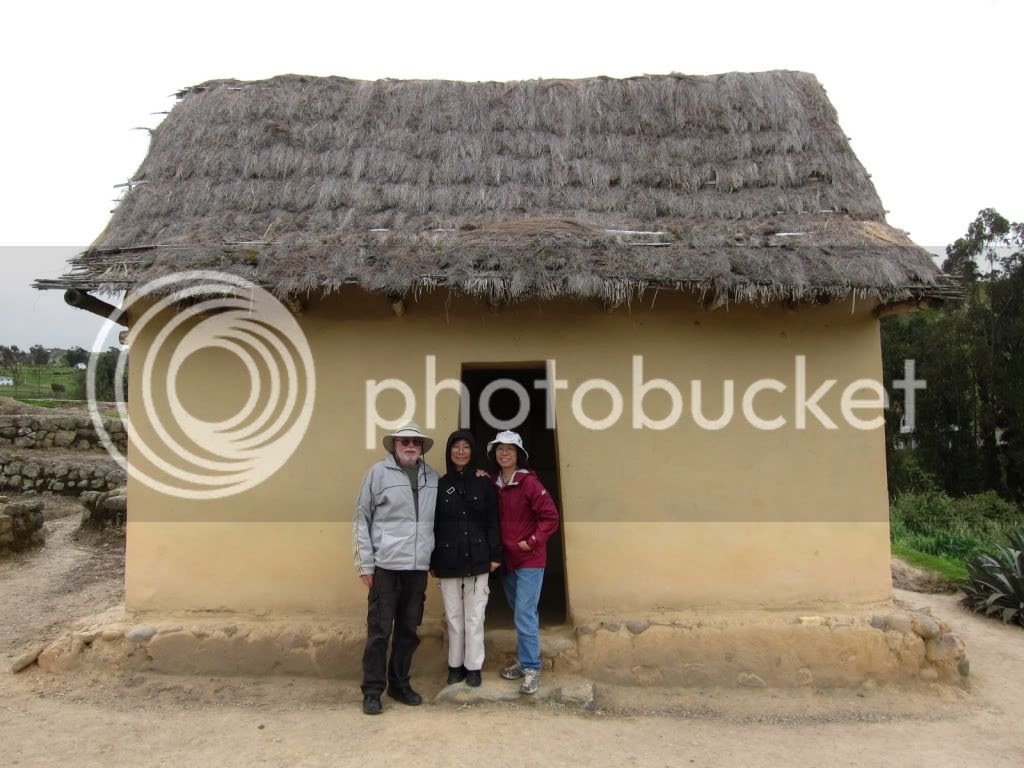 Efrain And Me Taking A Break 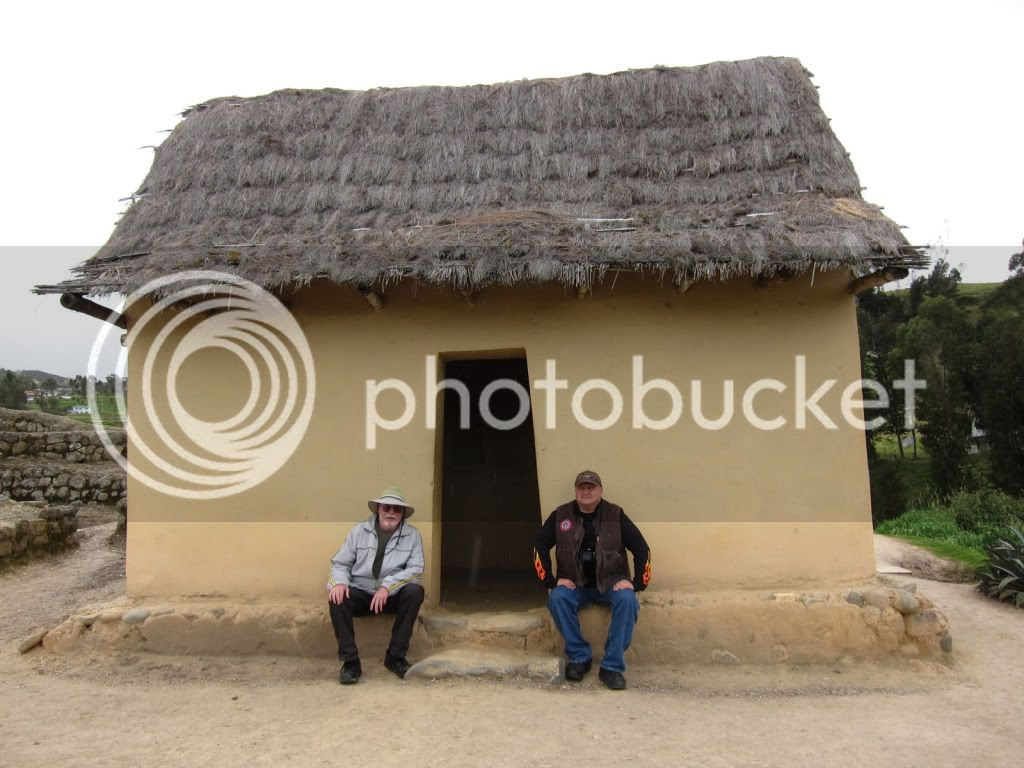 You will remember that this was the second half of our tour so rests were welcome whenever we had a chance to take them.

These pictures don't really do justice to the ruins themselves, but they will give you some idea of what we saw.

You Really Need To Be Here 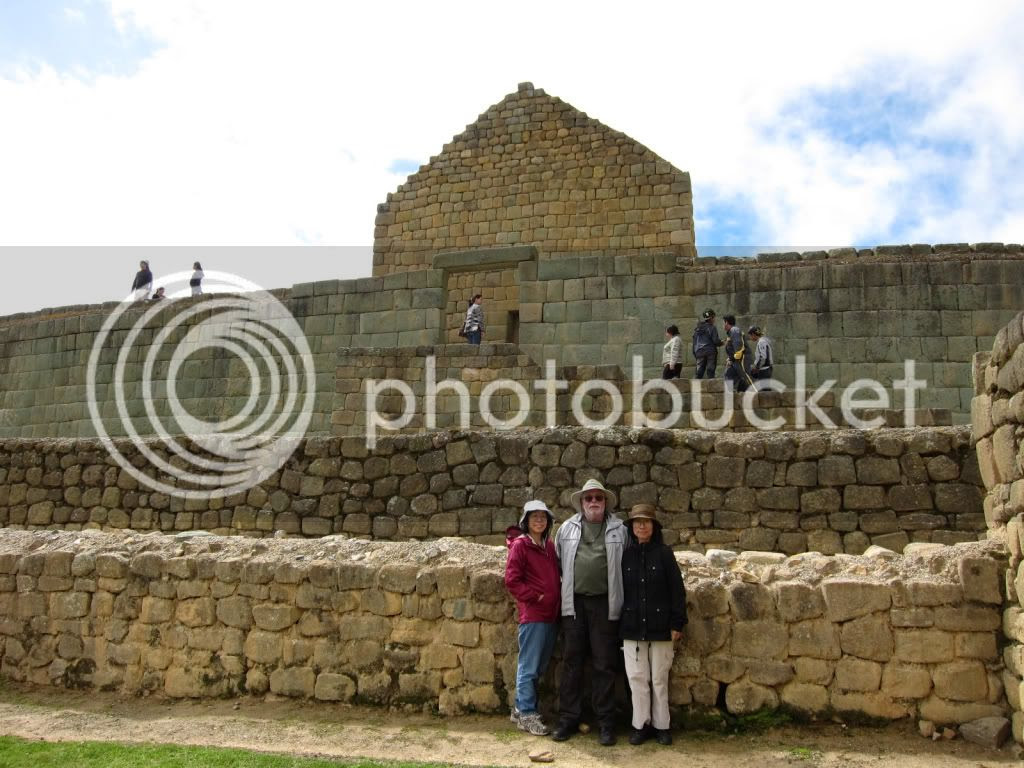 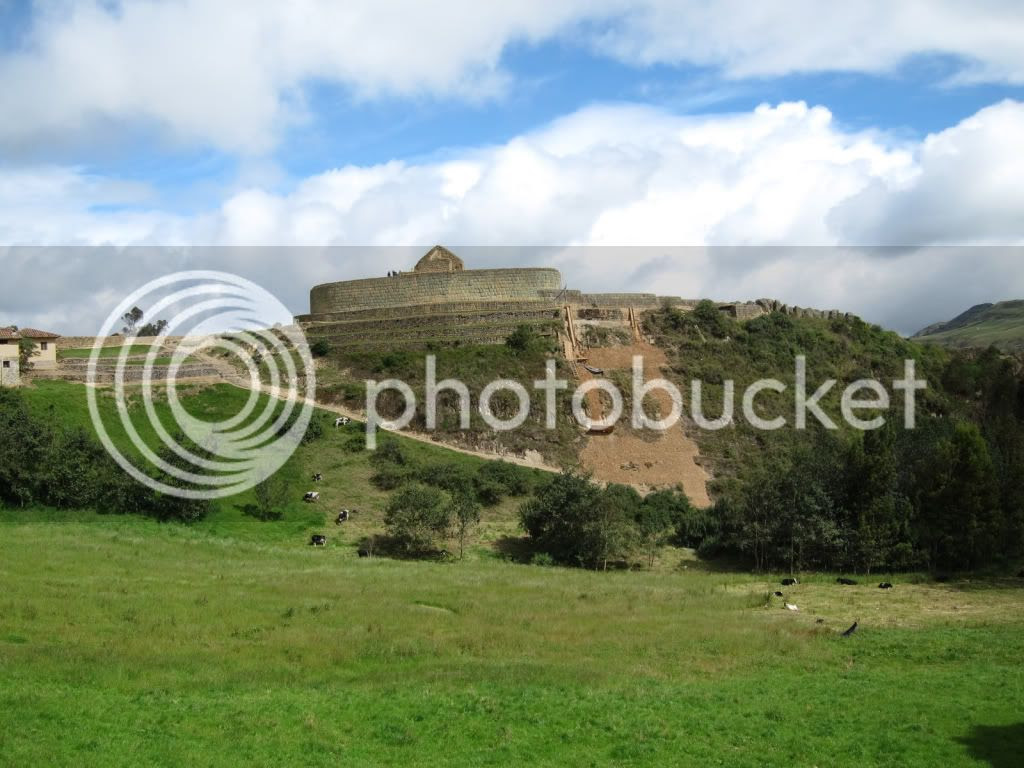 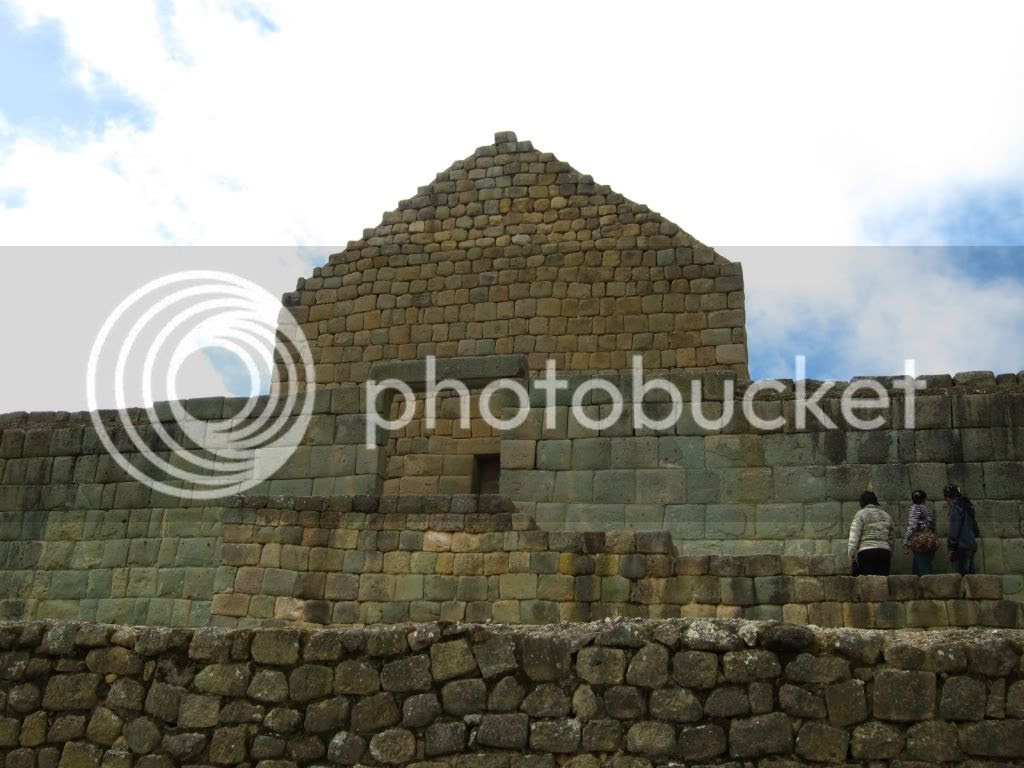 It really was impressive to see the quality of the stone work. After all of the hundreds of years so much of the structure is still intact and you can see how precisely the stonework all fits together.

And they had their equivalent to Mount Rushmore as well.

His Name Was Teddy 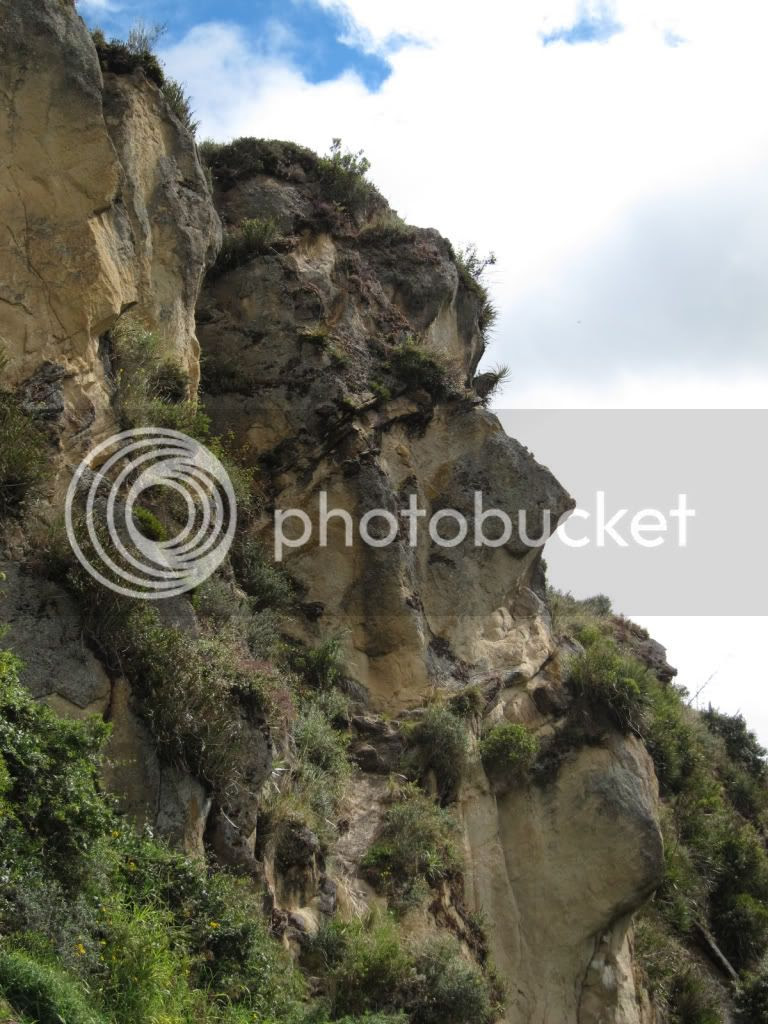 And Yes, We Were Here 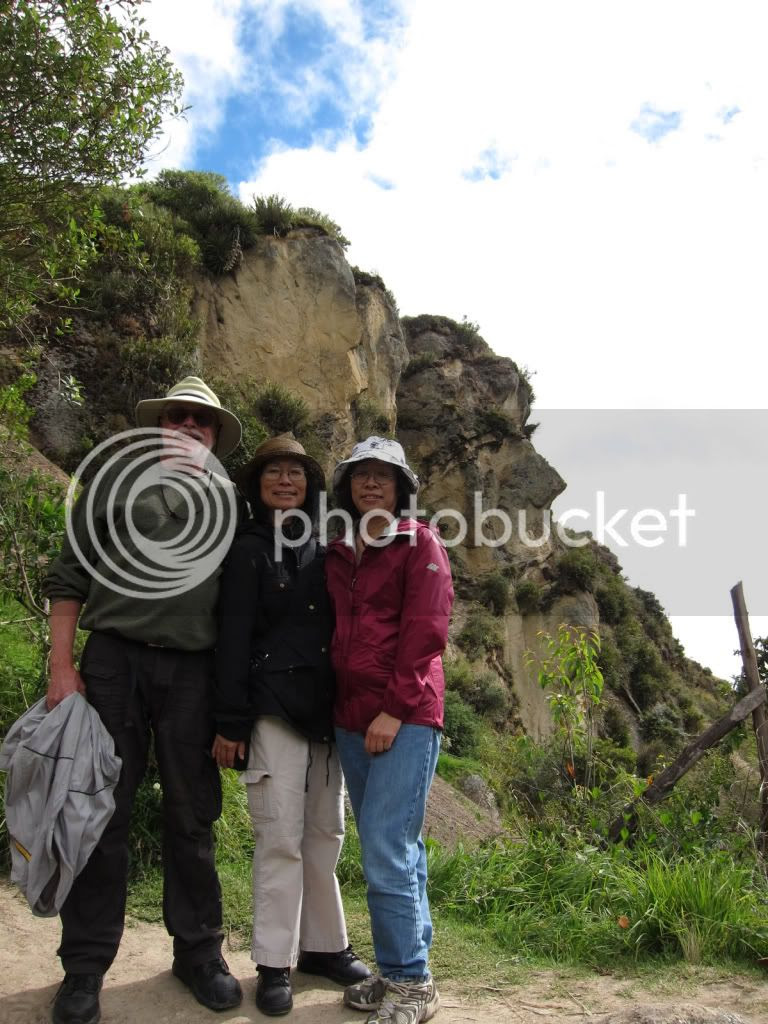 The face had two primary functions. First, it warned any approaching enemies that they were about to encounter an enemy they may want to avoid. And it also served as a welcome to Incas returning or coming here for the first time.

And then it was time to return home after an fun and fact filled day. And thanks, again, Efrain for providing us with an informative and thourougly enjoyable tour. And thanks for being willing to take multiple pictures with multiple cameras all day long. If we are ever in Cuenca again we will be sure to look you up. And when you get back to Queens we will have to get together. Maybe for dim sum in Chinatown.

We are all heading home tomorrow morning so this will be my last post until after I return. I still have plenty of pictures to post so I will be doing a bit of catch up. I do want to say that our stay here in Cuenca was most enjoyable and it wouldn't surprise me at all if I come back again for a visit. If I do I will certainly stay at the the same hotel because the accommodations wre great and the people running the place were extremely friendly and helpful. In fact everyone we ran into in Cuenca was that way. People would even walk out of their way to show you where to go if you asked them for direction. The name of the hotel, in case you ever want to visit, is Casa Ordonez and if you check it out on Trip Advisor you will see almost nothing but good reviews by people who have stayed here.

And, of course, you will have to look up Efrain of Mio Tours for simply fantastic excursions with a great guy.
Posted by Bar Man at 11:47 AM