An Unusual Turn Of Events

Yesterday I read an interesting article about Julia Child in the most recent edition of Vanity Fair. I have always been a big fan of hers. I loved it when she was on the Emeril Lagasse's show and complained about the scrawny chickens she had to cook with. I did find out a few things about her that I did not know, though. Good article, and you can read it online if you go to http://www.vanityfair.com/

One thing that I learned, she never dropped a chicken or anything else on the floor during her cooking show. When flipping some kind of a potato cake it fell into pieces on the stovetop. She picked up the pieces and put them back into the pan saying "You see, when I flipped it I didn't have the courage to do it the way I should have. But, you can always pick it up, and if you're alone in the kitchen, who is going to see? Of course, this episode got embellished to her dropping everything from the aforementioned chicken to a whole roast on the floor.

Also, because she cooked with wine and did, admittedly, appear a bit tipsy, and then toasted the audience with what appeared to be a glass of wine at the end of the show it was often assumed that she was a bit inebriated. The truth is that she didn't drink on the show and the apparent glass of wine that she toasted the audience with was Gravy Master mixed with water. Remember, those shows were in black and white.

Finally, the skit with Dan Akroyd portraying her on Saturday Night Live (Save the liver) was co-written by Minnesota's (finally) junior Senator, Al Franken.

Anyway, the turn of events. I mentioned to the Mysterious Chinese Woman that the next time she wanted to buy me a gift she could get me Julia's Mastering The Art Of French Cooking. She pointed out that we already had a cookbook by Julia Child (she wrote 11) Julia Child's Menu Cookbook. Somehow this conversation led to me being responsible for making dinner tonight. Not sure how it happened, but I will let you know what I prepare and how it turns out.

Oh, you probably already know that Julia was in the O.S.S. and learned how to cook at the Paris cooking school Le Cordon Bleu.

The other night the Mysterious Chinese Woman and I had dinner with a couple of friends of ours, Frank and Kathy, at a lovely old Italian restaurant, Trattoria Spaghetto on Bleeker Street in the West Village. 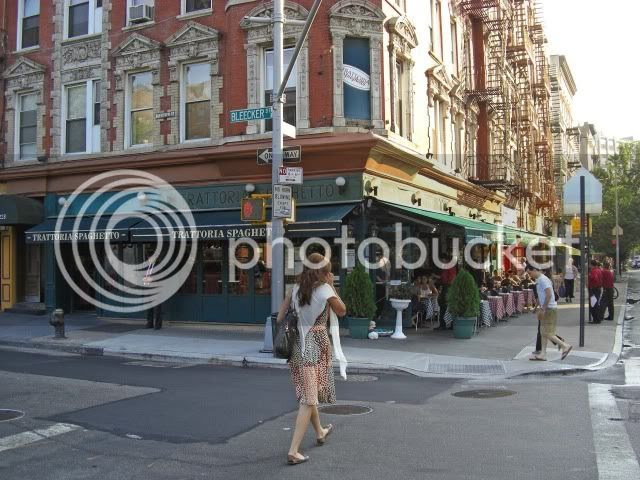 It is right across the street from a little park with a fountain.

A Pleasant Place To Sit 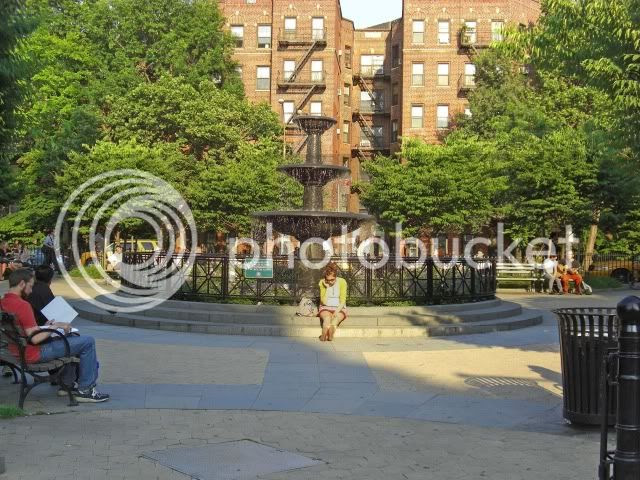 It is a fairly small place with an old, homey feel to it.

Not Too Crowded, Yet 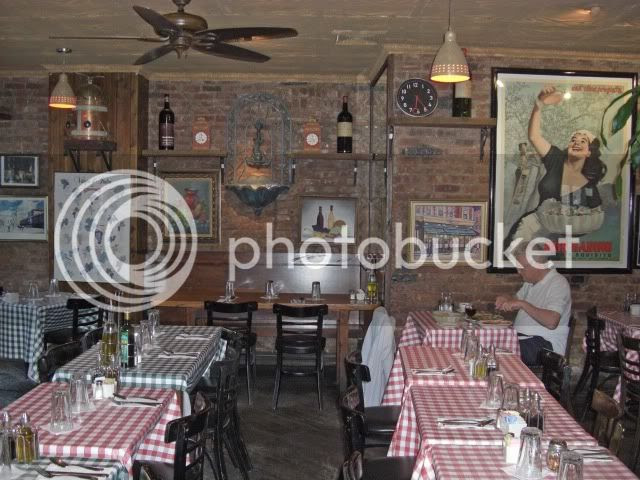 There is probably more seating outside than inside, and on this lovely day those tables were full. Luckily, we were able to score a seat at a window where we could watch the people just outside eat. 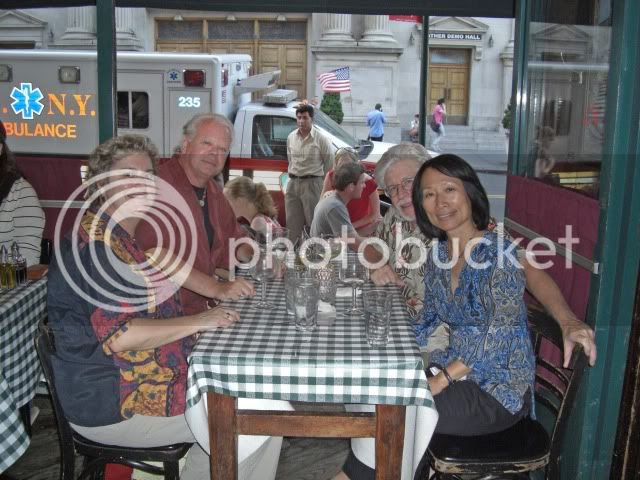 The ambulance outside had nothing to do with the quality of the food. Not sure just why it was there, though.

Because we were talking so much and having such a good time I got distracted (the wine might have contributed to that) and didn't take anymore pictures, or even notes. I had the calamari in a red sauce over linquini and it was very good. Large portions too, much more than I could eat.

Frank had one of the specials, chicken with raisins, and who all knows what else. He said it was very good. He used to work in the neighborhood and went here for lunch all the time.

The Mysterious Chinese Woman had the sea bass and Kathy had another special, the shrimp with black linquini. They were also pleased with their selections.

The service was very good and everyone was friendly. I will have to try to get back here again, maybe couple it with a visit to the nearby Blind Tiger. It is definitely a place worth visiting.

It was a lovely evening so we took a little stroll around the West Village and then sat for awhile in Washington Square Park and enjoyed the view.

Views From The Bench 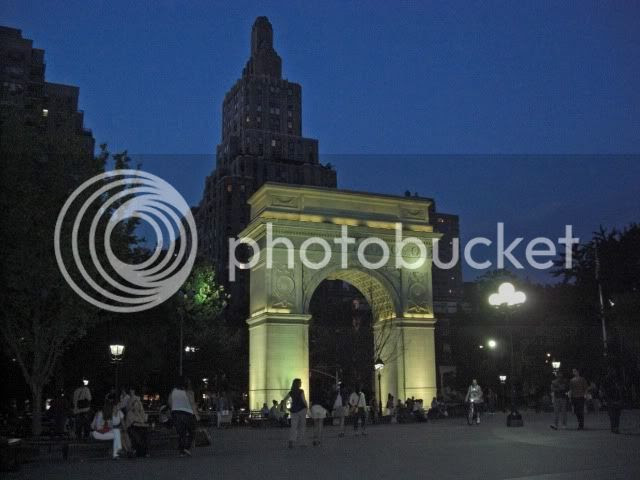 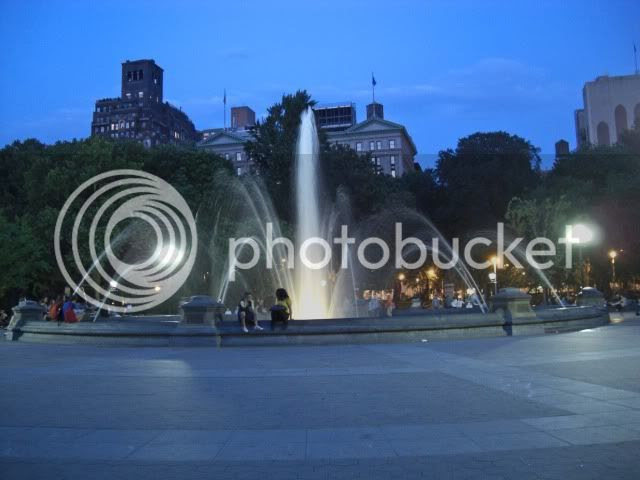 All and all a lovely evening with good friends, good food and, of course, good wine.

This evening might be a different story altogether.
Posted by Bar Man at 7:01 AM