Not Your Father's 4th Of July BBQ

Normally I am a big fan of doing a barbecue for the Fourth of July: Pork Butt, Ribs, Chickens, Ducks, something weird that my brother-in-law Jim drags in. This year, for a variety of reasons, the family gathering was a bit smaller than normal so we just gave up on that idea. Instead the Mysterious Chinese Woman and I headed out to New Jersey where we hooked up with the Mysterious Sister-In-Law, the Mysterious Mother-In-Law and Jim.

The first thing we did was hit a Chinese restaurant and had a nice little dim sum. Then we went to a Chinese market and did some major shopping. After that we went home where some of us watched a few episodes of Band Of Brothers while the Mysterious Mother-In-Law wielded her cleaver and did some major cooking to produce a lovely and delicous birthday feast of chicken, a noodle, pork and egg dish, vegetables and mushrooms, and the centerpiece, the lobster, shrimp, and pork dish.

Just A Little Something She Threw Together 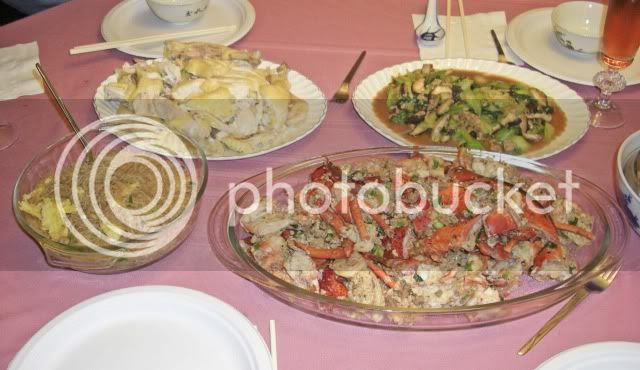 Take another look at that lobster and shrimp dish. That would cost you a fortune if you got it in a restaurant, and I can assure you, it wouldn't be nearly as good. 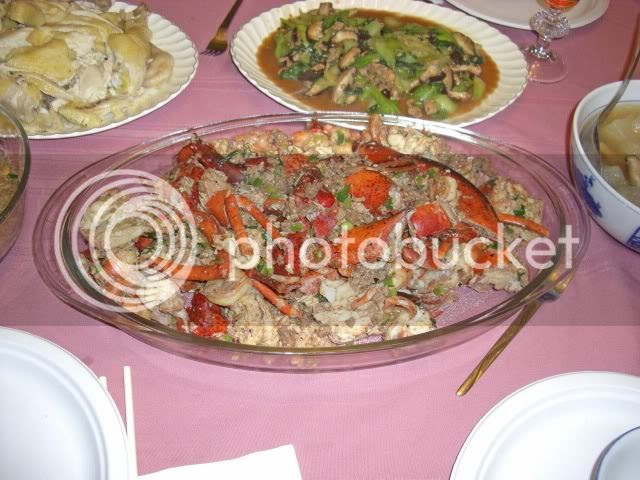 There were also bowls of winter melon and mushroom soup, another traditional dish. 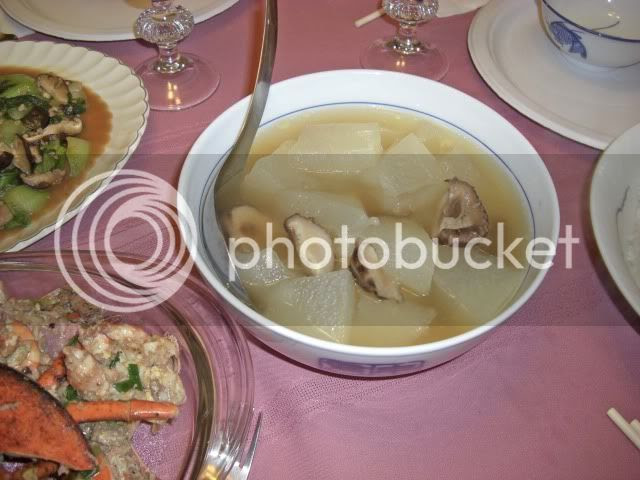 The Mysterious Chinese Mother-In-Law is an excellent cook so this really was a great feast. Better, in my opinion, than anything you could get in any restaurant. Just good old traditional home cooking.

Then next day we headed to a Staten Island Yankees game and stopped on the way for, you guessed it, dim sum. 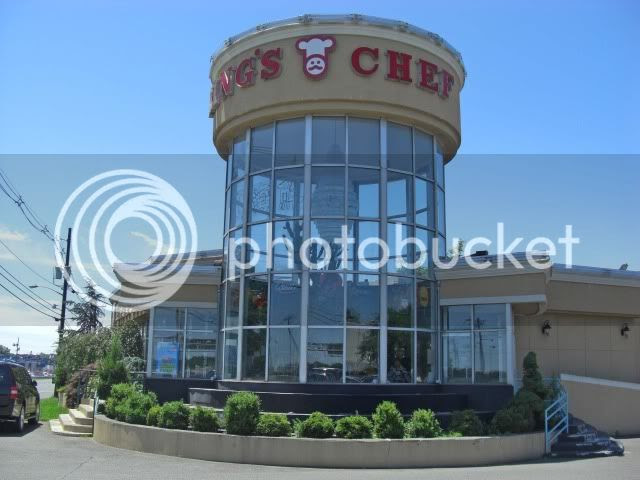 I hope you all had a fun-filled Fourth of July, I know I did. The Staten Island Yankees actually won a game for a change. They won't be so lucky this Friday when I go see them play a double-header against my team, the Brooklyn Cyclones.
Posted by Bar Man at 3:02 PM