After getting the phone call from Ellen we quickly showered and headed out to catch a bus to Red Hook. Living in one of the coolest places in the world all we had to do was walk a couple of blocks to catch the free Ikea Shuttle Bus that took us almost right there. 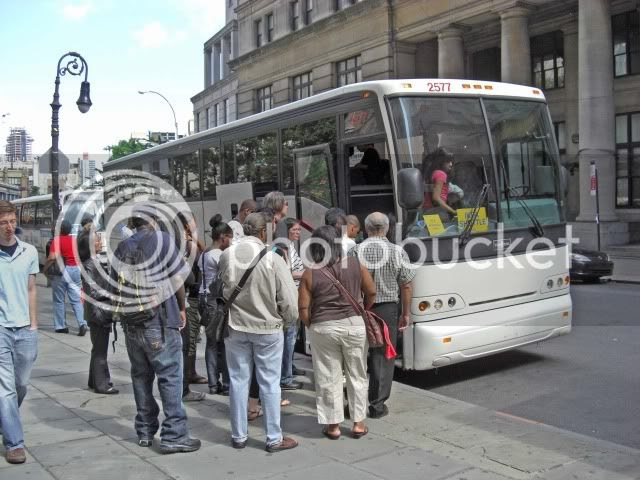 Of course you did have to kind of squeeze in.

I Should Have Oiled Up 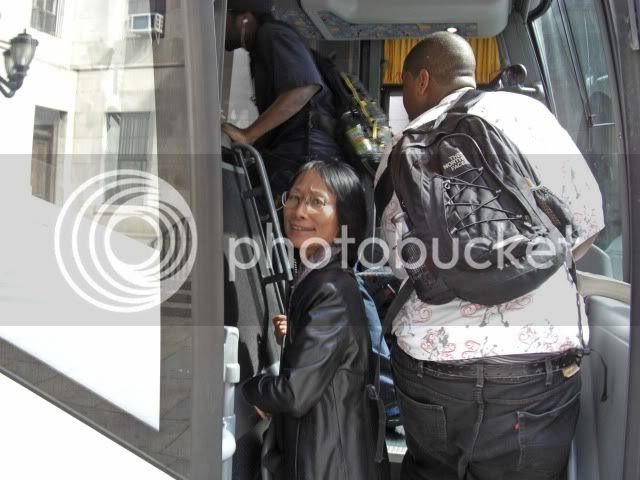 A Plug To Ikea 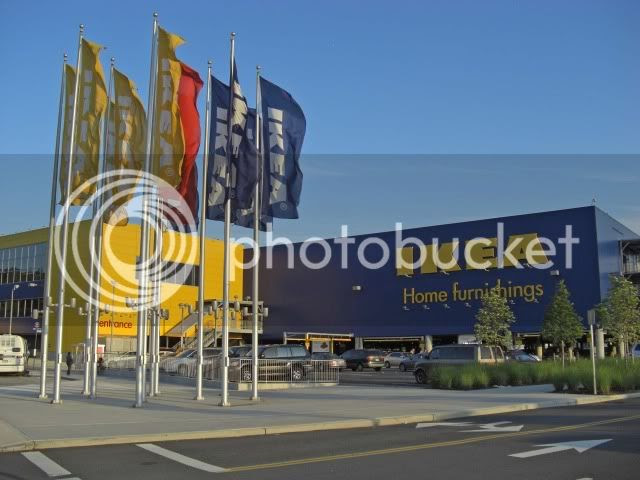 Our friend, Ellen, was able to take a free water taxi from downtown Manhattan to get here. God bless Ikea.

Rocky Sullivan's is just a short four or five blocks away from Ikea so it is almost like door-to-door transportation. And free. How can you beat that? 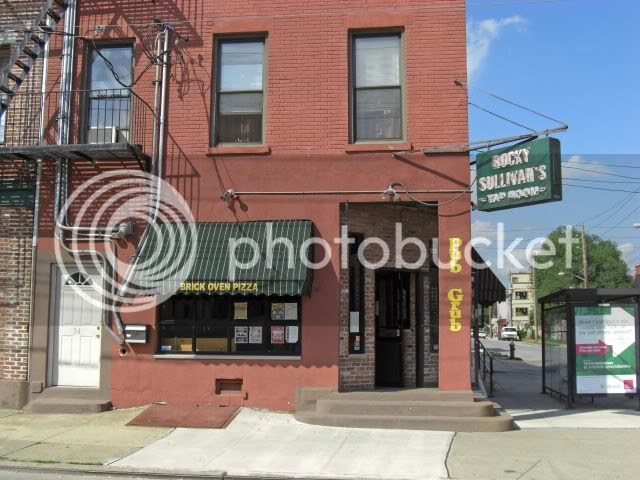 Rocky Sullivan's is right next door to Six Points Brewery and supplies a lot of their draft beers. 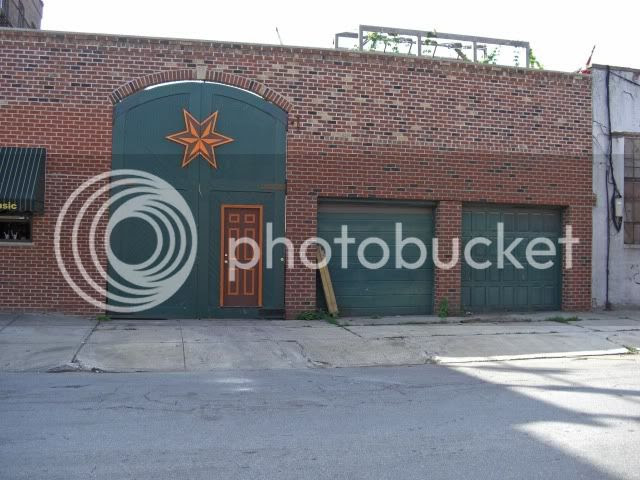 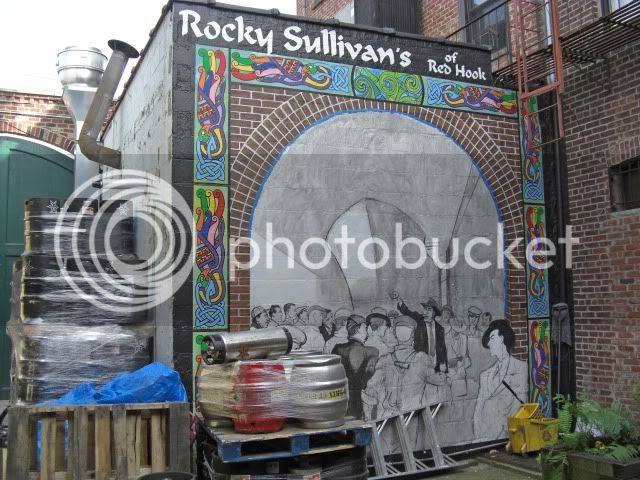 We got here just as Marnie Rice was starting her set. She was my favorite, sounding like a cross between Tom Waits and Edith Pilaf. A lot of her songs were in French and had that kind of boozie barroom sound to them. She just came back from performing in Japan but, I think, New York is her home base. By all means, catch her if you can. 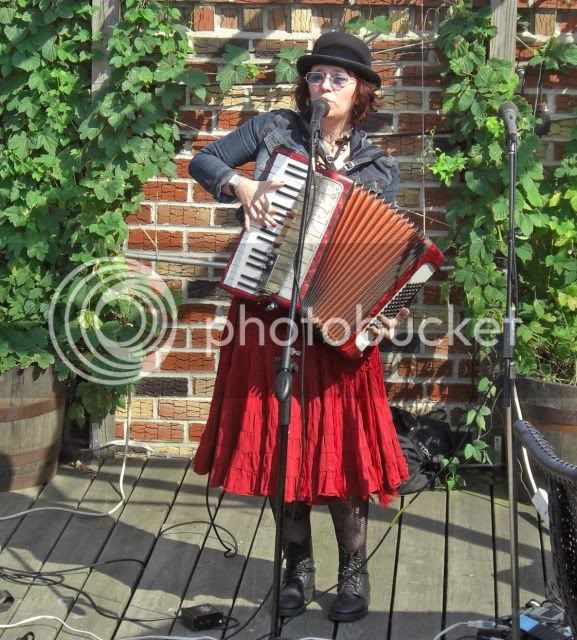 It was a lovely afternoon. The sun came out, it was warm, and there was a nice breeze. A welcome break from what must have been one of the coldest and wettest springs in the recorded history of weather. We have had rain 14 out of the first 15 days of June and the temperature is averaging five degrees below average so far this month.

But, Today Was Beautiful 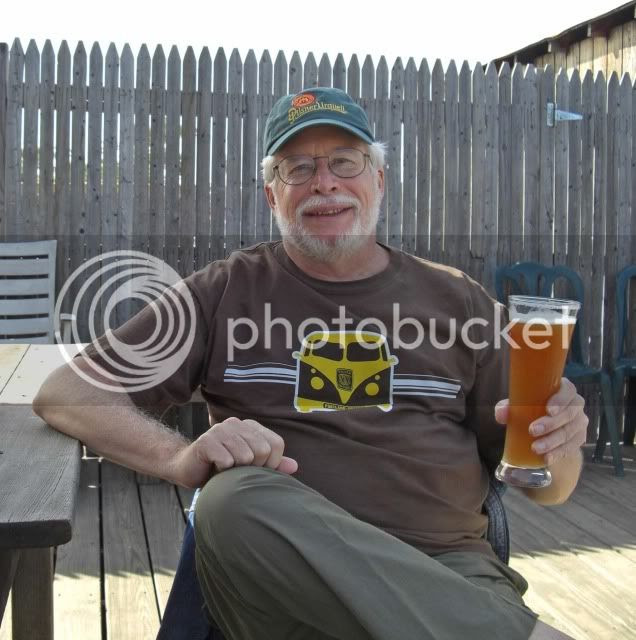 This whole shebang was Moe's doing, and it looks like he intends to keep it up throughout the summer. I will certainly be hittiing it again. How can you go wrong. I might check out the fishing trip as well. 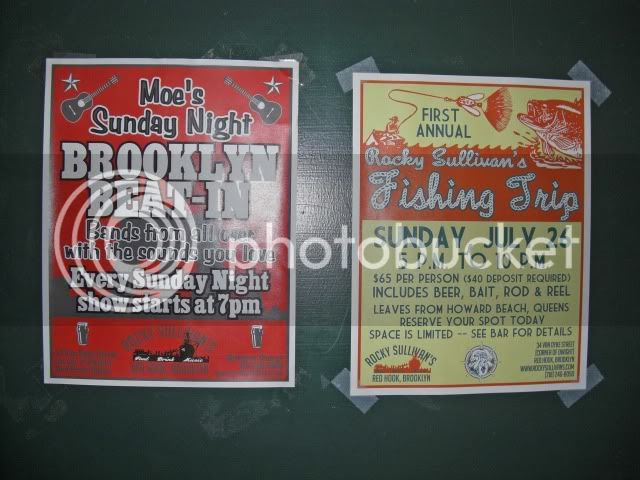 And Moe even provided the entertainment between the main acts. He reminded me a bit of my buddy Bob who tends to break out in song after he has had a few. Actually, I think Bob has the better voice. 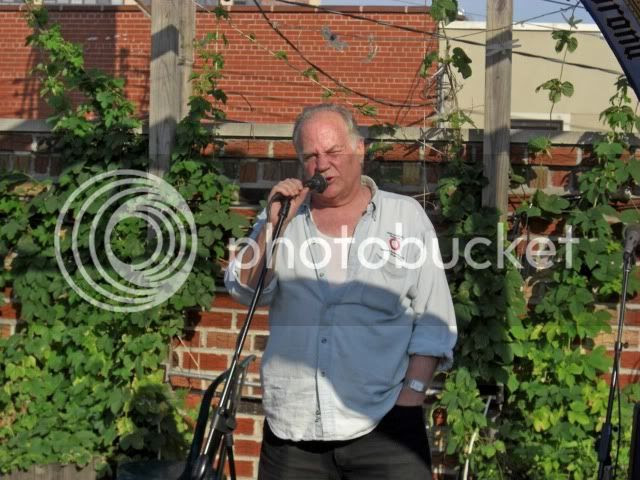 The next act was two thirds of Chapter Three. One of the members was missing but Peter Chance and Cecil Hooker did there best to make up for it. I don't know where Cecil gets his hair cut, but I strongly suggest you avoid the place at all costs. 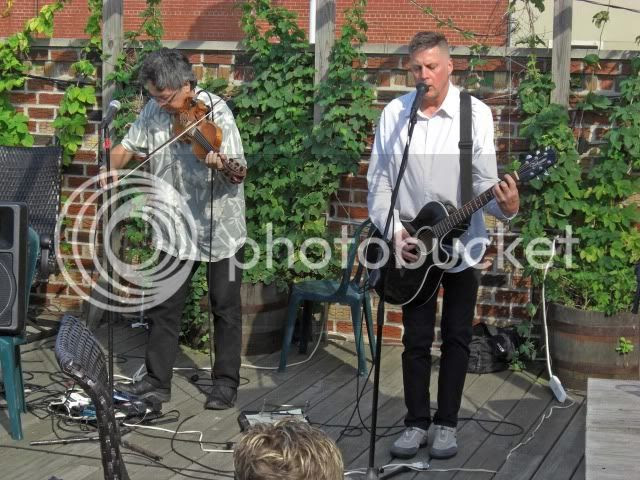 The last group we saw was a rolicking Irish Bar Band, the Itinerants. 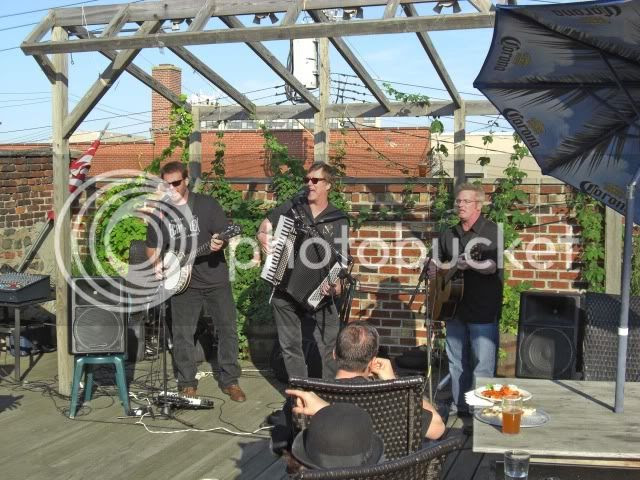 They make a nice pie here too. Great afternoon; beer, pizza, good music, good friend. Hey, the day sure turned out a lot better than I thought it was going to.

A Pretty Much Perfect Day 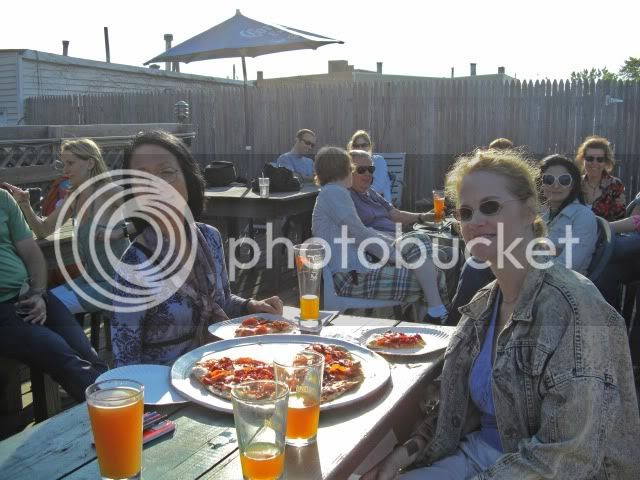 And just a short walk back to Ikea where we caught the free bus back home. It just doesn't get much better than this.

Oh, I also had jalapeno poppers, and they were dynamite. I strongly recommend that you get some if you visit. There was a pretty lively crowd at the downstairs bar too.

Recommendation duly noted. Looks like something to do if it doesn't rain this weekend.* Thanks.

how wonderful to see your food trips...mmmmmm yummy foods that you have indulged in ....darn makes me so hungry and damm youre so lucky to have time to travel....

Stupid question but this is the same Rocky Sullivan that left Murray Hill a couple of years back? (BTW, Six Points makes mighty fine beer.)

Joe, it is indeed the same.