Well, it has just been announced, Jets head coach Eric Mangini has been fired but Jets general manager Mike Tannenbaum says he wants Brett Favre to return for the final year of his two year contract.

Wow, imagine the excitement that would generate among Jets fans!!! I can hear the buzz already, or is that just tinnitus?

Get ready for the new headgear as the Jets become Green Bay East: 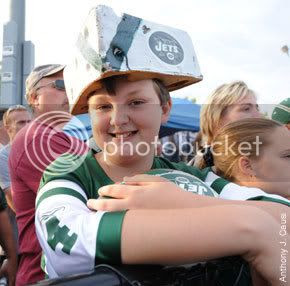