After my refreshing siesta I headed out to look for the much heralded Carnival. Much to my disappointment I didn't really see anything that would qualify. I did find a suitably cluttered bar though. 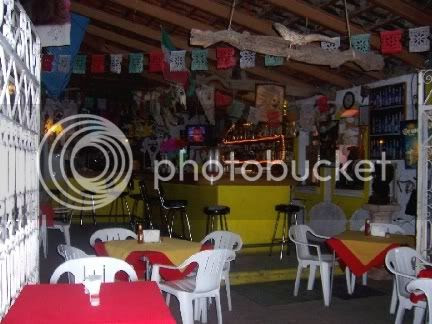 There wasn't anybody in the place, but I was undeterred. Shortly after I sat down at the bar the proprietor did emerge from somewhere and served me a beer. I wondered around the place looking at all of the stuff on the walls, and there was plenty to see. You will notice in the picture they even had a picture of, surprise, Zapata and his gang.

Bar Man Amidst The Clutter 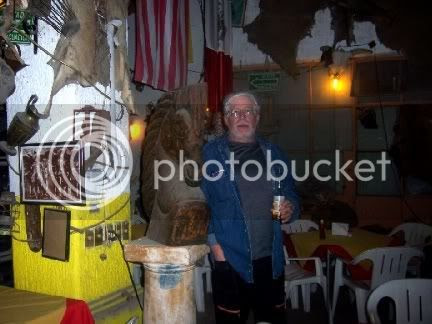 After finishing off a couple of beers I headed outside and wandered into the midst of, ta da, the Carnival Parade. Now this was supposed to be the Mexican equivalent of Mardi Gras but, fun loving people that they are, the Mexicans put a decidedly macabre touch to the event. 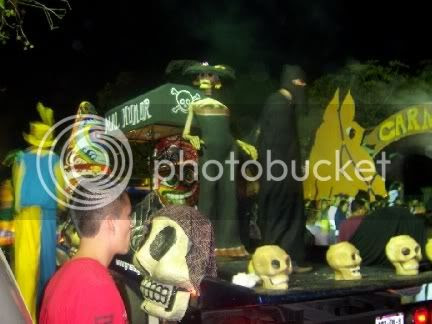 If that one wasn't enough to traumatize the little children, and it was amazing how many of them there were, considering the lateness of the hour, there was also: 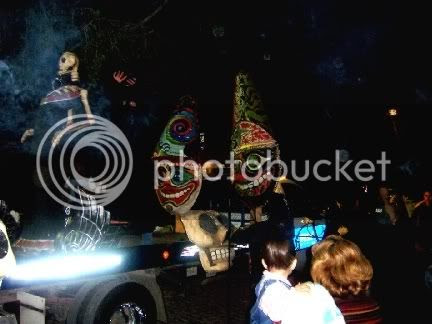 Of course there had to be a float celebrating Jalisco's most famous product: 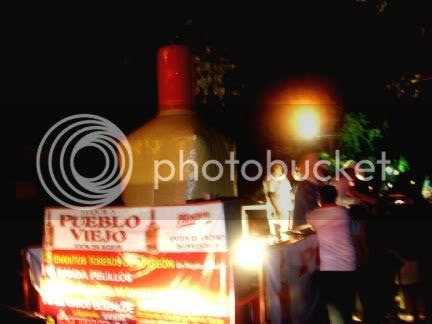 The parade made its way to a large fairground where there was a full blown fair in progress. It was kind of neat in that it reminded me of fairs that I remember from my youth, except this one had electricity. There were all kinds of booths and interesting looking rides for the, by now, traumatized kiddies.

A Ride For The Kiddies 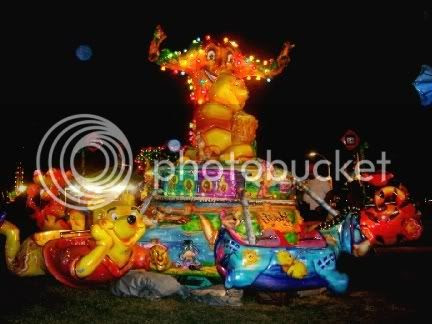 I was touched to see that they even payed homage to the good old U.S. of A. with one of their rides.

The Statue Of Liberty Ride 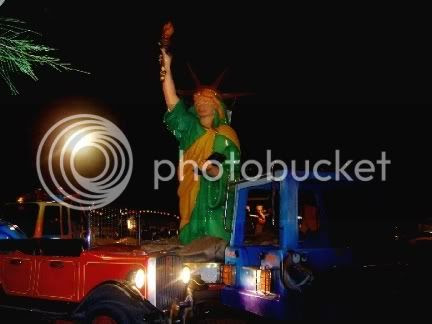 That ride would have been even cooler if it was surrounded by a fence and you had to dig a tunnel to get to it.

There were also numerous games of skill and chance and this one was, without a doubt, the best I had ever seen. 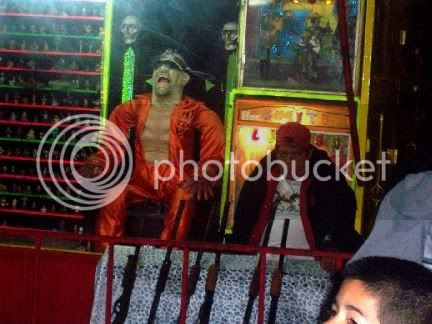 I am not quite sure which was the more gruesome, the convict you were supposed to electrocute or the guy selling the tickets. The point of the enterprise was to shoot a target with the rifle. If you hit one you sent a jolt of electicity to the guy in the electric chair, lights went off, there were puffs of smoke, he gave a great shudder, screamed and, somewhat anti-climatically, you won a prize.

And A Prize For The Terrified Tyke 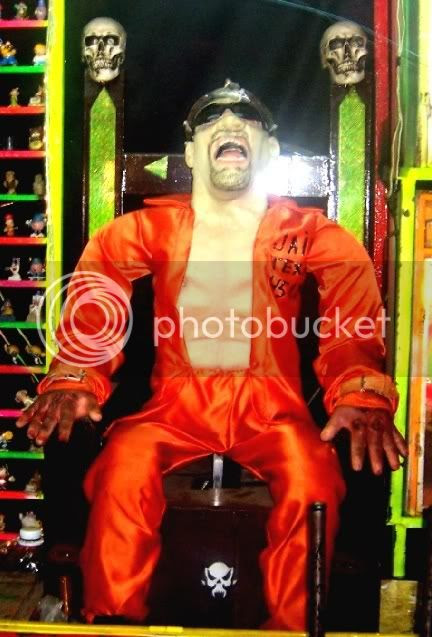 All in all it was a most gratifying evening and I am very glad I decided to spend the night.
Posted by Bar Man at 10:44 AM