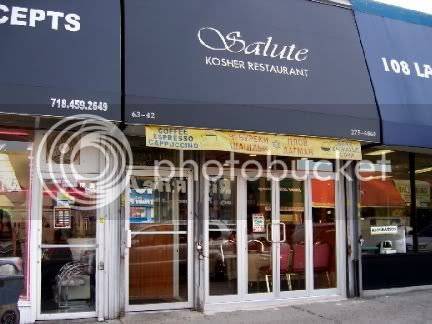 Salute doesn't have a bar, but that doesn't mean you can't do a bit of serious drinking. It was a bit of a trek for me to get out here to 108th in Rego Park. I took the G line to where it ended in Long Island City and then switched to the V line and took it to Rego Park. Then, instead of the two blocks that my friend Felix said I had to walk it was twelve blocks from the subway stop. Added to that was the one block back from 98th to 97th to ask for directions and then back to 108th and it was a nice long hike. Of course I got there before anyone else and had worked up a powerful thirst. I wasn't about to break into the iced bottle of vodka I brought with me so I ordered a beer instead. Instead I had a Baltika Extra 9 Lager, a nice Russian beer that packed a bit of a bunch, 8% alcohol, and came in a big, if somewhat unusual sized, bottle, 1 Pint, .9 Ounces. Must be a metric thing.

A Nice Pour Of Baltika 9 Lager 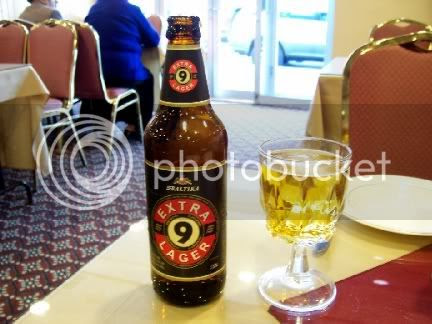 The beer had a very nice flavor that hits you with an initial bitter taste that melts into a sweet, malty finish. It has a nice golden color with almost no head. It is brewed by Pivzavod Baltika / Baltic Beverages Holding in the Russian Federation. Now this is a bit confusing because Doyna LTD is also involved as a company that was established in 1997 to develop and market high quality imported European beer brand in the United States. I think they are just the importer though. Baltika has a wide range of beers, many of them with numbers. Perhaps I shall have the chance to try them all. According to Doyna's website, Baltika is the second larges selling beer in Europe, Heineken being number one.

Two of my friends that I was dining with are Russian and when I asked what I should bring to drink it was fairly unanimous, vodka. I picked up one that is made in Texas on the recommendation of my friend at the local liquor store. I told him I would get all kinds of static for bringing a Texas vodka and I was right. However, after the first toast everyone agreed that it was quite good. 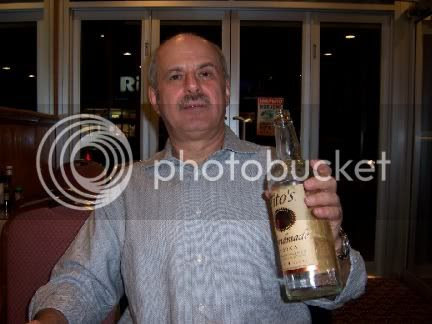 Tito's In Its More Usual Position 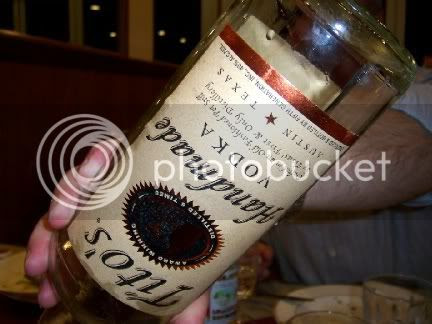 At the risk of making Salute even more popular that it already is, I have to say that the food was delicious. Traditional Russian fare from the salads through the fantastic lamb soup and the delicious shish kabobs. I usually stay away from these unless I make them myself because typically they are over-done and tasteless. These were absolutely delicious. 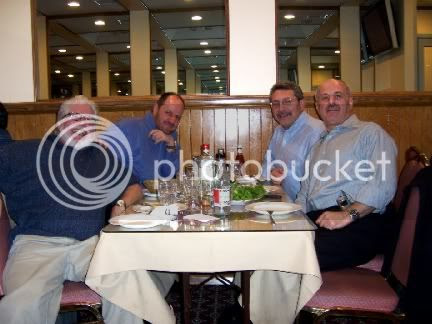 Our Waitress and Photographer 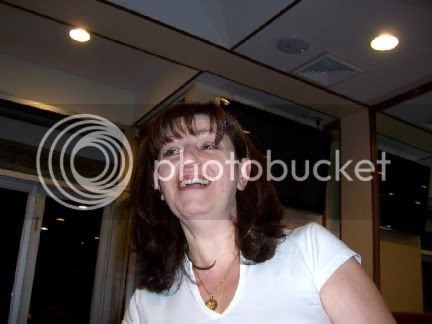 Needless to say a single bottle of vodka wasn't going to do it for this crowd so Al went out and got another.

Al And The Olifant 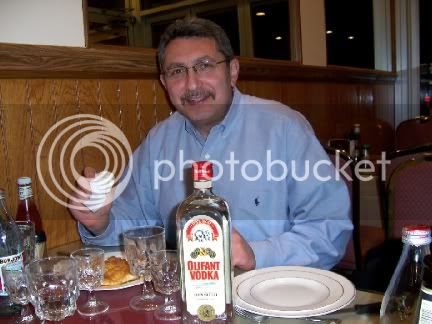 Luckily there was a care service available to get me back home for a mere $35 plus a generous tip.
Posted by Bar Man at 10:35 PM