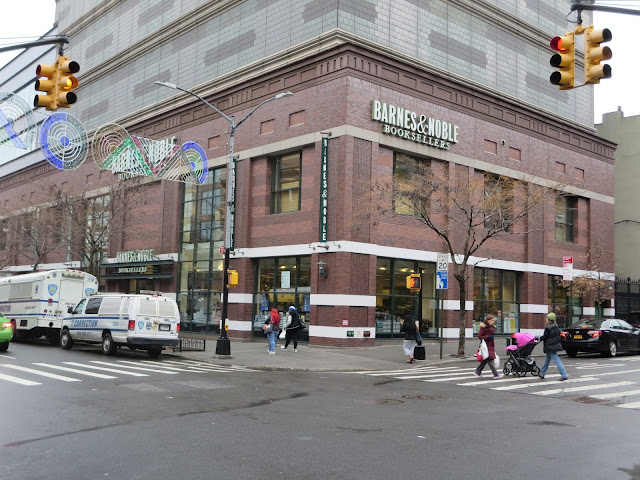 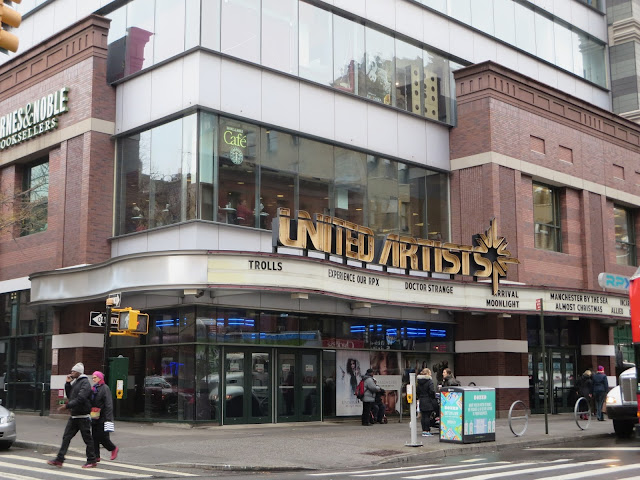 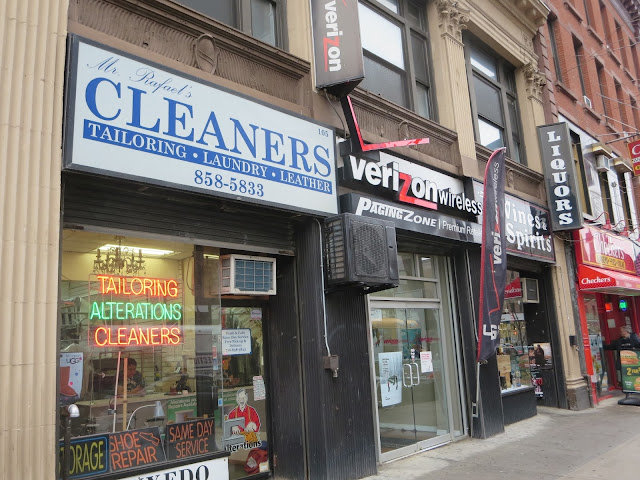 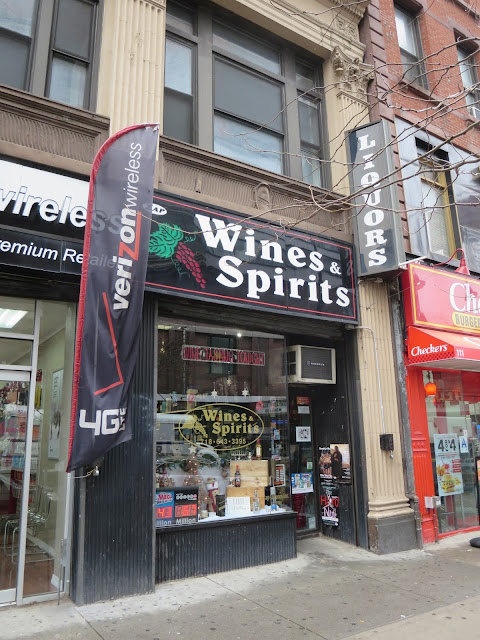 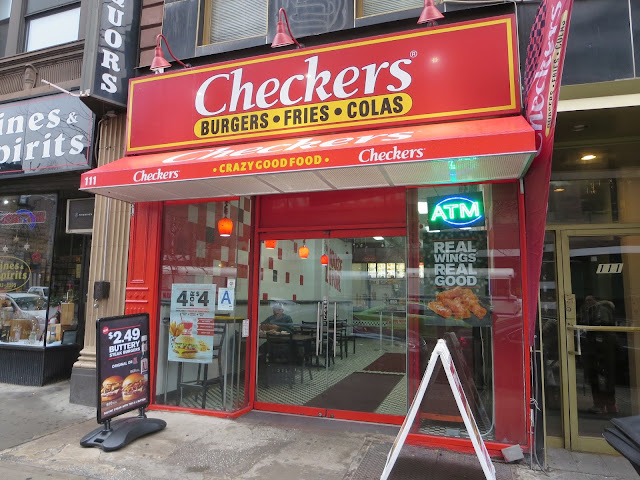 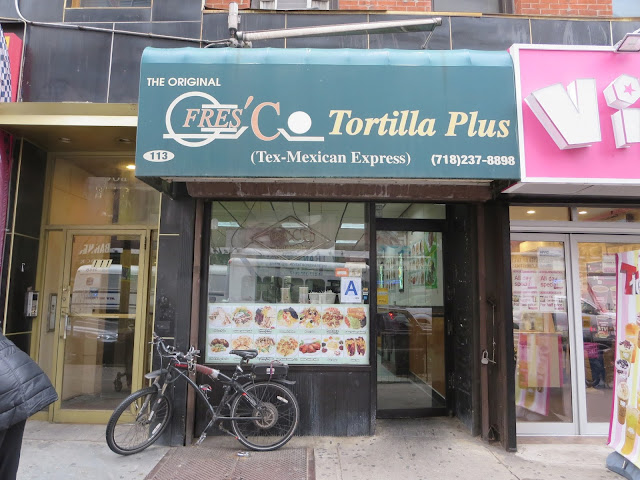 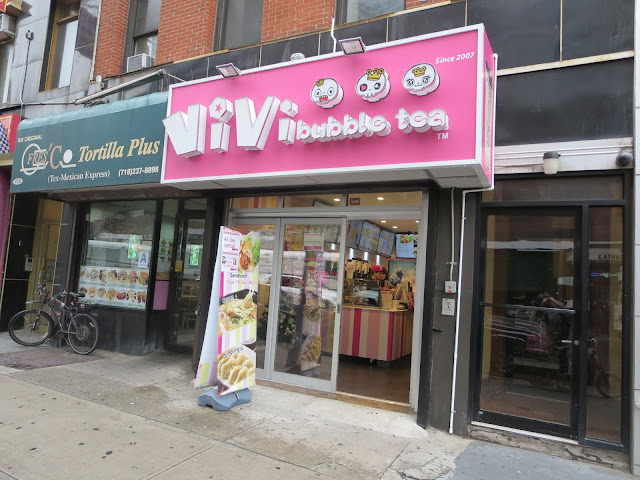 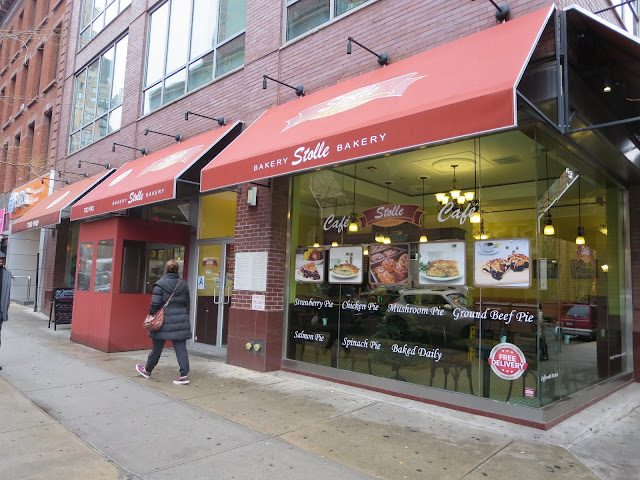 Well, that is one more little stretch of my neighborhood. I will try to get us up to Atlantic Avenue tomorrow.
Posted by Bar Man at 11:51 AM 1 comment:

Well, You Know How Things Go

My next post about my neighborhood and Atlantic Avenue will have to wait. The Mysterious Chinese Woman took me out for dinner last night. And a wonderful dinner it was at Convivium Osteria. 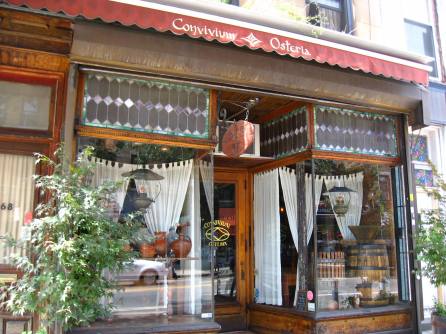 Had a great dinner and, when they didn't have the bottle of Cava that I ordered, they gave me a more expensive one at the same price. Food was delicious and the service was great. Not on Atlantic Avenue, but just a few blocks off.

Stopped at The Brazen Head, on Atlantic Avenue, on the way home and had a couple of Martinis. Booker gin, straight up, not too dry, and with just one olive. I am fussy. Turned out the bartenderess went to school with the son of one of my best friends. Now considering that my friend lives in Minneapolis and his son went to Southwest, also in Minneapolis, I thought this was an amazing coincidence. I ran cross country back then and Southwest always had one of the best teams. Still do. She also ran cross country. A very fun evening. 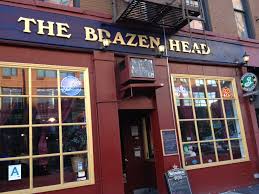 Interestingly, after going to the Brazen Head in Dublin I ran into an old friend who I hadn't seen for years at a bus stop as I was waiting to catch a bus to go back to my hotel.

Anyway, I woke up this morning feeling chipper and was going to go to the gym. But then I saw a glass of wine that I had intended to drink before going to bed last night and didn't, so I did. Then, for some reason, I thought a bit of Absinthe would be a good idea. So this is what you will have to deal with.
Posted by Bar Man at 10:36 AM 3 comments: 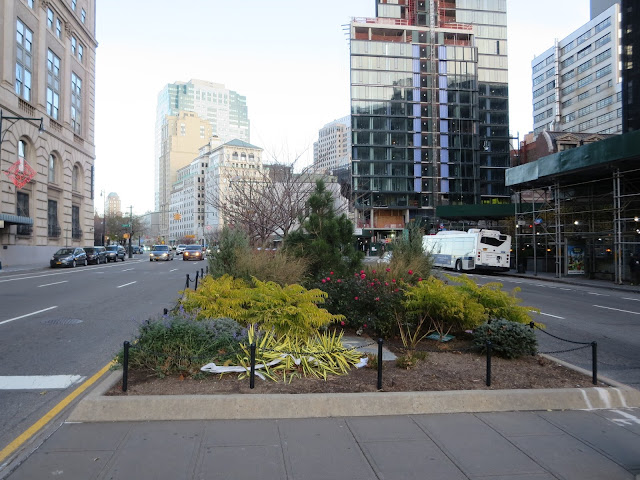 Well, that is what it is until it hits Atlantic Avenue. Then it narrows down and ends, rather ingloriously, a few blocks later at an iron works. Not quite the Avenue des Champs-Élysées, but a lot closer. 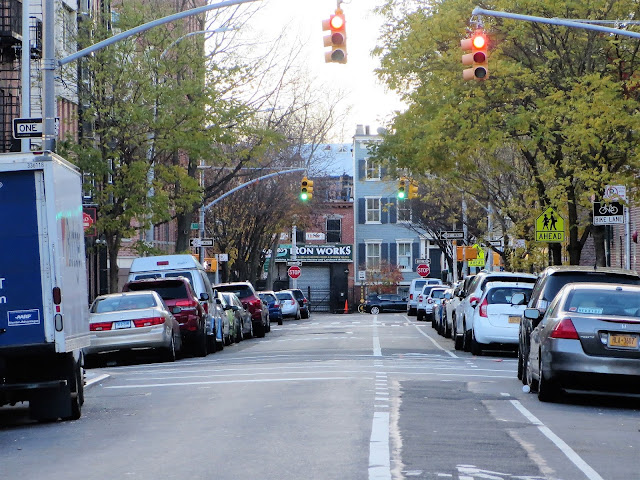 Anyway, I prefer walking down Schermerhorn, also known as The Street No One Can Pronounce Or Spell, to Court Street and then south for two blocks to Atlantic.

I live on the corner of Schermerhorn and Brooklyn Bridge Boulevard. I have been here thirty years now and can't imagine living anywhere else. Well, I can, but I wouldn't want to. That is because I often imagine myself living in a small apartment with peeling pea soup green wallpaper in..., well never mind. I don't even know why I often imagine such a thing. 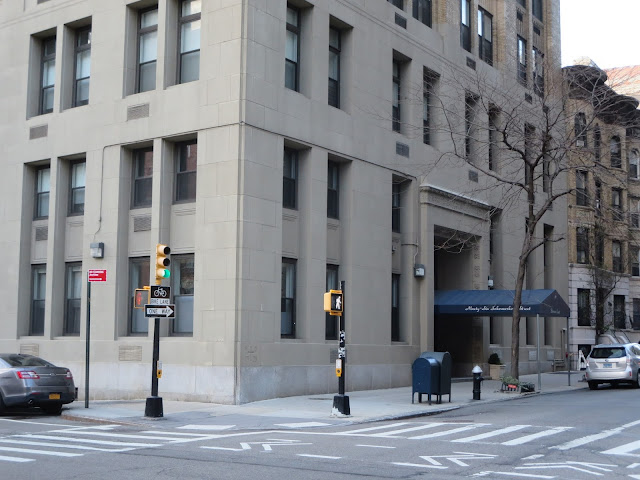 And right across the street from me is the Transit Museum. We were going to go there yesterday but even when it just opened it was getting crowded. They said Tuesdays at 1:00 PM was the best time. We will see. They have a Coney Island exhibit now and I want to see that. I am a big fan of Coney Island, especially the bars. But that is another story. 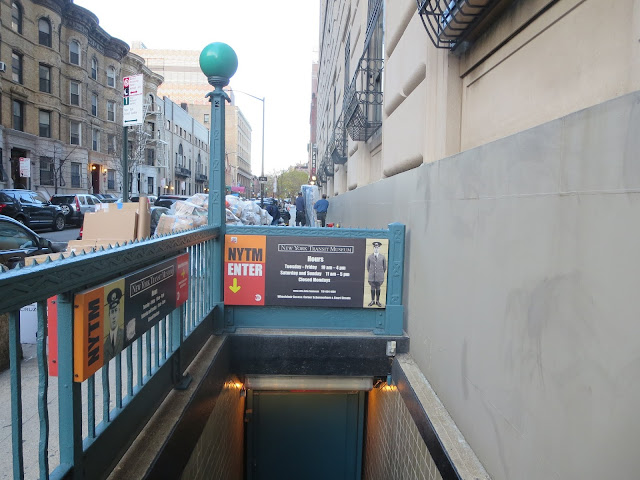 Anyway, as I walk down Schermerhorn I pass an interesting place. It is owned by a Chinese fraternal society of some kind. The people who live there pretty much keep to themselves but I wave to a few of them who smile and wave back. Some of them collect cans for pocket change and are very industrious about it. I still remember when they were taking them out of a trashcan at a Greek Festival down the street and could not be chased away for love nor money. 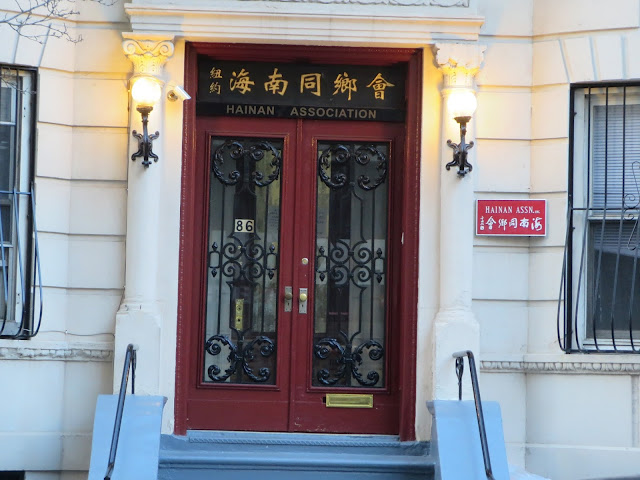 This is the Greek Church just down the block where they have the festival. It is a week-long block party that seems to get bigger every year. Sadly, it has now become like a mini street fair. It used to be more authentic with a lamb roasting in the back and a lot of homemade goodies like moussaka and stuff. Slot machines and poker, if you know where to look. They still have some of the homemade goodies and gyros plus Greek beer and wine. They never have retsina though. A pity. 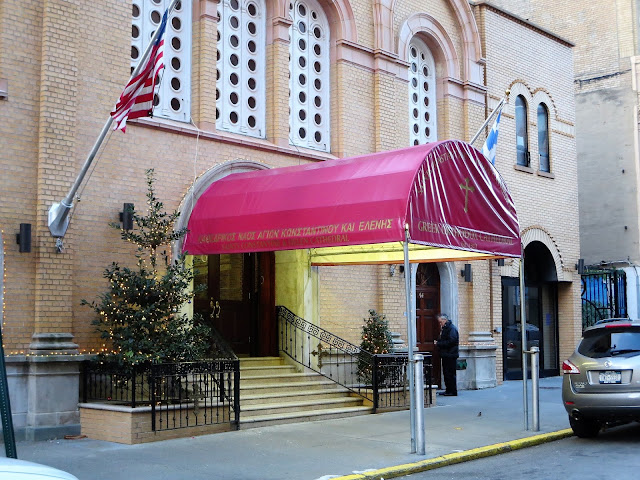 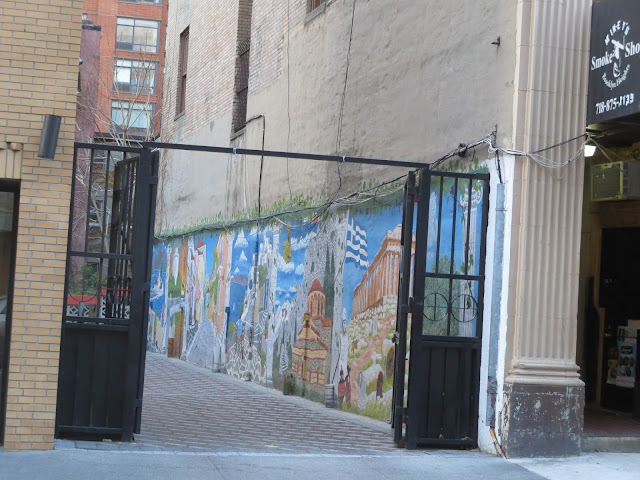 Next door to the church is a tobacco shop that has quite a selection of cigars and pipe tobacco, snuff, and pipes (some not for tobacco products). They don't sell cigarettes, though. Nicky, the owner, said it is too much of a hassle and he doesn't have enough room to stock them. Back in the day I would buy the occasional cigar from him, but I have given them up. I can't help but inhale when I smoke them. 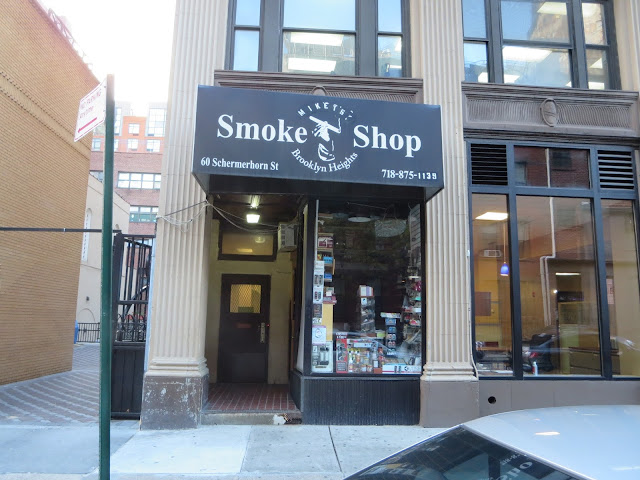 At the corner now there is a bank. Bank branches have popped up everywhere. A pity, there once was a real nice bakery there that also sold excellent pizzas. But, as I have said, everything changes. 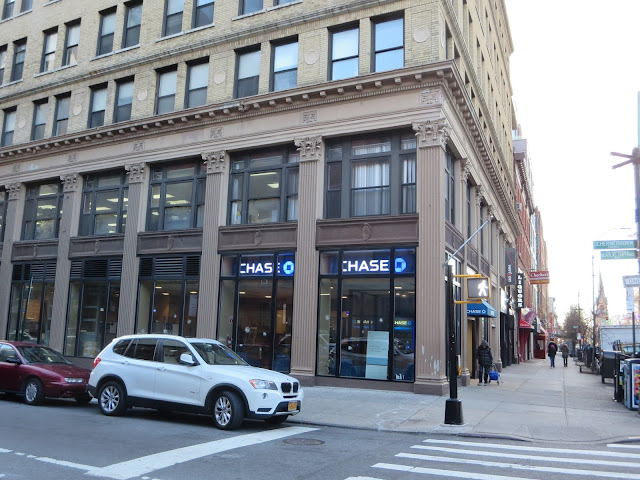 And across the street from that, also relatively new, is a Paris Baguette Cafe. That used to be part of the Bruno's Hardware store next to it, if I remember correctly. Then it was a flower shop for awhile. The upstairs used to be just for storage, but now it is apartments. 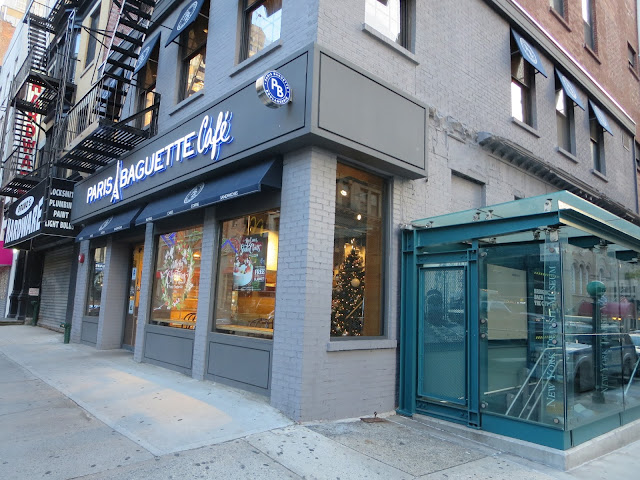 Not sure what the function of that structure next to it serves. It is always locked but is another entrance to the transit museum. Maybe, back in the day, that museum was an actual subway stop.

Anyway, that is my block. Next I will show you the two blocks of Court Street that I walk down to get to Atlantic Avenue, and then the real adventure, such that it is, will begin.
Posted by Bar Man at 12:53 PM No comments: